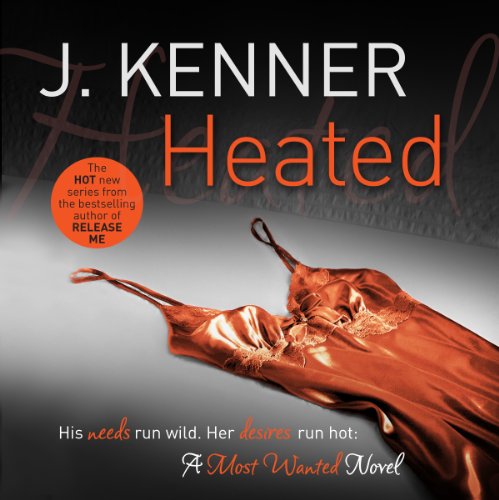 'Evan Black embodies my every fantasy. He is brilliant, fierce, and devastatingly handsome. But he is also headstrong, dangerous, and burdened with secrets. My family warned me to stay away, that I could never handle Evan's dark dealings or scarred past. Maybe I should have listened. Maybe I should have run. But our desire is undeniable, and some temptations you just can't fight. And from the moment we touch - the passion between us consuming us both - I know that I will never be the same.'

'Evan Black embodies my every fantasy. He is brilliant, fierce, and devastatingly handsome. But he is also headstrong, dangerous, and burdened with secrets. My family warned me to stay away, that I could never handle Evan's dark dealings or scarred past. Maybe I should have listened. Maybe I should have run. But our desire is undeniable, and some temptations you just can't fight. And from the moment we touch - the passion between us consuming us both - I know that I will never be the same.' 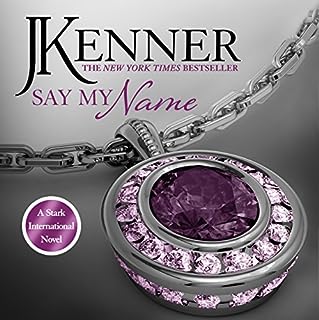 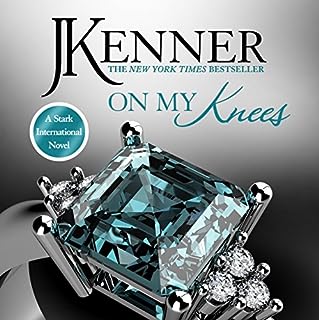 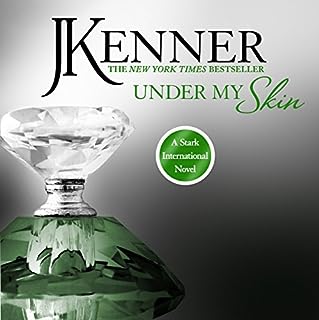 Meeting Jackson Steele was a shock to my senses. Confident and commanding, he could take charge of any room...or any woman. And he hungered for me. Our bond was immediate, our passion untamed. I wanted to surrender completely, but I couldn't risk him knowing the truth about my past. Yet Jackson carried secrets too, and in our desire we found our escape. Learning to trust is never easy. My mind told me to run. But heart had never felt a fire this strong - one that could save me...or scar me forever. 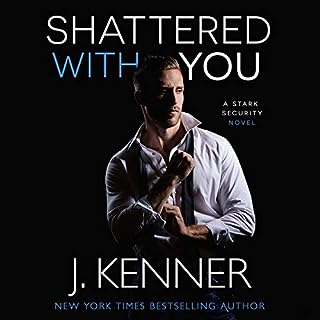 With his lethal skills and criminal connections, former British agent Quincy Radcliffe has fast become a key asset at the newly formed Stark Security. But Quincy isn’t the man he appears to be. When the woman whose body he once worshiped and whose heart he broke pleads for his help, Quincy knows he must either turn his back on her or risk revealing his dark secrets to the one woman who can - and will - tear open his old wounds. 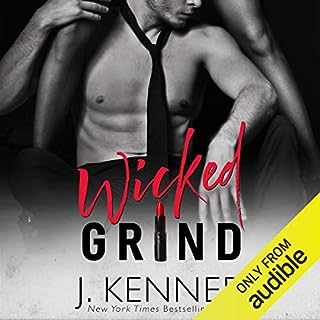 Photographer Wyatt Royce's career is on the verge of exploding. All he needs is one perfect model to be the centerpiece of his sexy, controversial show. Then Kelsey Draper walks in. Stunning. Vibrant. And far too fragile for a project like this. Wyatt should know - after all, he remembers only too well how their relationship ended all those years ago. Desperate for cash and frustrated with her good girl persona, Kelsey sets her sights on Wyatt's show. But only the show. Because she knows too well that Wyatt Royce is a danger to her heart. 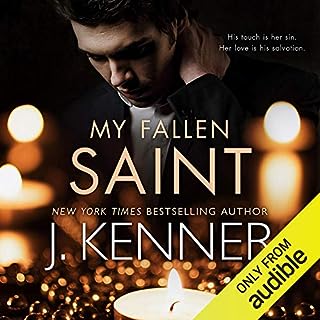 A brilliant investor with a Midas touch, Devlin Saint turned a modest inherited fortune into billions, and now operates one of the world’s foremost international philanthropic organizations. But Devlin is a man with a dangerous secret. One he’ll do whatever it takes to protect. And when investigative reporter Ellie Holmes turns her attention to an unsolved murder, she finds herself caught in a web of intrigue and passion as Devlin draws her closer and closer. 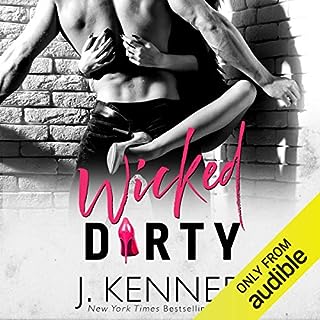 On the outside, Lyle Tarpin is a clean-cut Hollywood actor whose star is on the rise. Inside, he's battling his own demons, shunning relationships and finding solace in the arms of a string of anonymous women paid very well for their discretion. But when he's photographed in a compromising position by an over-eager reporter, the only way to save his career is to say that the woman he was with is his fiancée. And now Lyle has to play a very public game with the only woman who's ever managed to get under his skin. 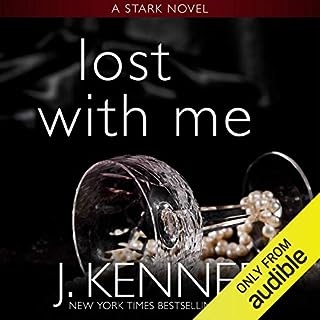 My love for Damien fills me, and the intensity of our bond brings me to my knees. For him, there is no burden I wouldn’t bear, no decadent punishment to which I won’t submit. The dark days seemingly behind us, we have carved a life out of adversity, chiseling away pain to reveal strength and beauty. Now, all I want is to laugh with our children in the sunlight, then surrender myself to Damien’s embrace in the dark. But lingering secrets and hidden menace threaten our family. 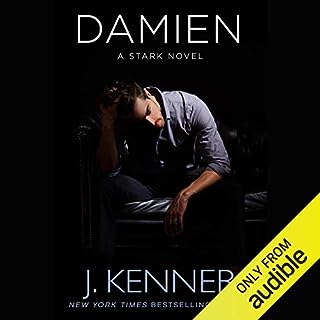 I am Damien Stark. From the outside, I have a perfect life. A billionaire with a beautiful family. But if you could see inside my head, you’d know I’m as f--ked up as a person can be. Now more than ever. I’m driven, relentless, and successful, but all of that means nothing without my wife and daughters. They’re my entire world, and I failed them. Now I can barely look at them without drowning in an abyss of self-recrimination. Only one thing keeps me sane - losing myself in my wife’s silken caresses where I can pour all my pain into the one thing I know I can give her. 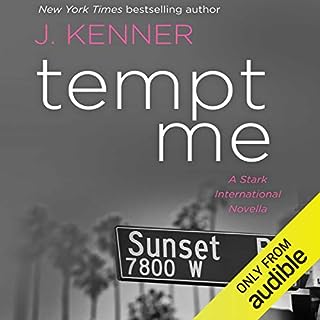 When sexy Stark Security Chief Ryan Hunter whisks his girlfriend Jamie Archer away for a passionate, romance-filled weekend so he can finally pop the question, he's certain that the answer will be an enthusiastic yes. So when Jamie tries to avoid the conversation, hiding her fears of commitment and change under a blanket of wild sensuality and decadent playtime in bed, Ryan is more determined than ever to convince Jamie that they belong together. 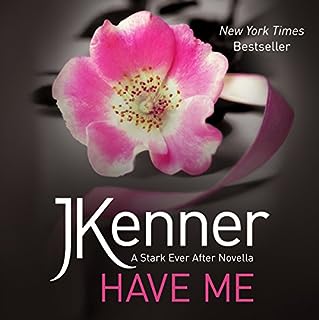 New York Times best-selling author J. Kenner continues her adored Stark series with a sizzlingly romantic honeymoon novella for Nikki and Damien Stark. For fans of Fifty Shades of Grey and the Crossfire and Most Wanted series. Happy Ever After is just the beginning.... Our wedding was everything I dreamed of, and now the honeymoon is a living fantasy. To be Mrs. Damien Stark is the ultimate rush - to know that our claim to each other is real, our fierce passion sealing our bond. 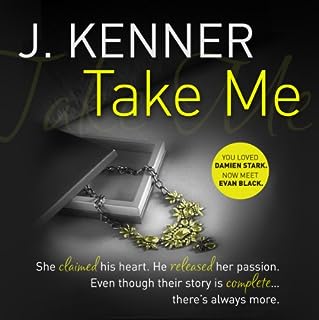 I've long dreamed of my fairy tale wedding, but it wasn't until I met Damien Stark - who captured me with his kisses and undid me with his touch - that I began to believe it was my destiny. Though we both carry secrets and scars, our shared passion heals us, binding us together. We have surrendered to each other completely, and our mutual ecstasy is the brightest light in my life. But darkness still snakes through the cracks in our armour.

Sloane Watson is an undercover cop who is more than capable of standing on her own two feet. So when notorious bad boy and swindler Tyler Sharp becomes the focus of her investigation, she's determined to do anything it takes to get to the bottom of whatever covert schemes he's running. Which is why she's willing to pose as an exotic dancer at Destiny, the club Tyler co-owns with partners Cole August and Evan Black, and which functions as the centerpiece of their money laundering operation. But going head-to-head with Tyler proves to be more distracting than Sloane could have imagined, and as much as she tries to resist him, he has a knack for crashing through her defenses and taking her, both physically and emotionally, to places she's never been. She's playing a dangerous game in which there's more than her duty to her profession on the line, but her heart.

What listeners say about Heated