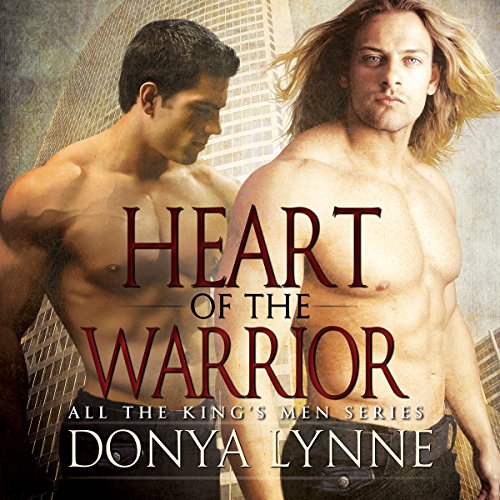 Heart of the Warrior

Conceived from a vampire father and a dreck mother, Severin keeps his lineage closely guarded. If anyone discovers that inferior dreck blood flows in his veins, it could destroy his life, which is already complicated enough. Not only has Sev's father made a sudden and unwelcome reappearance, but Sev suspects he's been marked by an assassin seeking blood vengeance. The last thing he needs is to fall for his teammate, Arion Savakis, but he's already lost his heart to the notorious playboy.

Arion's overbearing parents had his course plotted before he was even born, but what his parents want for him isn't what Arion wants for himself. After finding out his new teammate, Severin, is gay, Arion develops a fascination for him that goes beyond curiosity. Their racy encounter just a month before was no fluke, and Arion realizes he's been living a lie about his sexuality his entire life, forcing himself to be with females because that's what was expected of him. But what he wants is a male, and not just any male. Arion wants Severin.

If Sev and Ari stand a chance at finding happiness with one another, they will have to confront prejudice, plotting, the threat on Sev's life, and even each other. But will it be too little too late?

What listeners say about Heart of the Warrior

The story of Sev and Ari was an interesting one. I have not read or listened to the first book and for the most part, this book serves as a stand-alone; however, there were a few sections that were a bit off. The writing style of Donya Lynne captured my imagination and made me want to stay with the story and I found myself routing for our protagonists. Though I will admit that I wanted to throttle Ari on several occasions. I understood Micah's frustration with the two of them. The story was full of intrigue, mystery, and lots of hot sex. Surprisingly, I really enjoyed the narration of Mikela Drew. This is the first time that I listened to a M/M story with a female narrator but she did a phenomenal job adding to the story. I was a bit caught off with several of the chapters focusing on characters that I felt were not really part of Sev and Ari's story but then I realized that this was a series. All-n-all, a good book and I thoroughly enjoyed the escape and adventure.

This review is based solely oon the the audio book

I tried, I really did, but I could not get past chapter 3 of this audiobook. I seriously could not take another minute of the narrator speaking in this breathy voice trying to portray an alpha male. Serious mood killer right there. I'll find the kindle book and read it.

while I am sure there will be some close minded people who will not accept the love between Ari & Sev that is what made the story for me. Don't get me wrong I am a HUGE fan of paranormal be it romance or urban fantasy the love between these two would have been perfect in any setting
I am a big fan of this series I wish they were all on Audible (hint hint).The narrator was chock full of emotion and the world building was interesting. You won't be sorry.

I enjoyed this vampire story. This is Sev and Ary's book. Alot happens to jeopardize their acknowledgement of caring.for each other. Sev came out years ago, but Ary needs to accept who he is first. All the characters from book one are present and involved with Sev and Ary.

Mikaela Drew, the narrator is perceived for these books. She brings so much emotion and depth to the characters and scenes. I highly recommend this book and series.

I couldn't get into this because of the narrator. This is a mm romance but narrated by a woman. It was jarring to listen to so I was unable to focus on the story.

Series not available on Audible 🤨

Enjoyed the story, just wish the remaining books in the series were available on Audible

I was pleasantly surprised how good this series is and disappointed that there wasn’t a book three yet. I will wait on baited breath for her next novel by enjoying one of her others. Do I recommend Heart of the Warrior? Absolutely! I also highly recommend the first in the series. You are the best Donya!

Male and Female Narrators Wished For

Wish there were male and female narrators. It was easy to lose which character was being narrated.

I really enjoyed reading about Sev an Ari. I do think people are a bit hard on Ari. His entire life is turned upside down by mating Sev in a matter of weeks. That's got to be rough. Plus, he is strongly pressured by Sev to come out, which should be his choice not Sev's.

I thought the boys were great, I'm only disappointed the rest of the series seems to be comprised of straight couples, which I'm less into. There is some straight romance in this one too... Which I simply skipped over. I hope to see another gay couple in in this series... And what is the deal with IO? Anyway. liked it. Can't wait for more.

Female narrators shouldn’t perform MM romances, it’s just weird. I honestly didn’t finish this so maybe it’s a great story but I can’t get past the narrator.