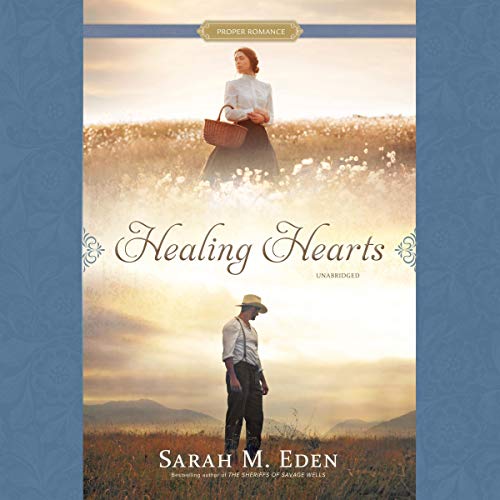 A fan-favorite character from The Sheriffs of Savage Wells is the focus of this story about a forward-thinking doctor on the Wyoming frontier who sends away for a mail-order bride with nursing experience.

Miriam steps off the train looking for a job, not a husband. She refuses to be wed, and Gideon is unspeakably embarrassed by the misunderstanding. Stranded in Savage Wells, Miriam has nowhere else to go - and a secret that she's determined to keep from everyone. She has epilepsy, a condition that other doctors had claimed was symptomatic of madness, a diagnosis which prompted her family to have her committed to an asylum. Miriam is afraid that if Dr. MacNamara finds out the truth, he will send her back to the asylum - a place that is little better than a prison.

But Gideon is not like the other doctors she has encountered, and he offers Miriam the nursing position anyway. When illness sweeps through the town, Gideon and Miriam work together to care for the growing number of sick people. As they do so, their relationship slowly grows into something deeper. When Miriam's former doctor arrives in town to take her back to the asylum, Gideon, along with some familiar faces in Savage Wells - including Cade, Paisley, and Hawk - must rally around Miriam to protect her from a dangerous fate. And for Gideon, it might mean risking his heart one more time for a chance at love.

So I think it's safe to say that the good townsfolk would have recognized that our heroine was not only a much needed nurse for the area, but could possibly even change her mind & fall in love with their wonderful doctor if they didn't alienate her & make her want to leave.

But that wouldn't have been half as entertaining.

Sarah Eden writes well, though with a distinctive style that lets us in on the characters' thoughts, but occasionally makes them a bit excessive to the point of redundant. It's fairly minor, however.

The narrator handles the story well, and overall, It was an enjoyable listen.

It took me a chapter or two to really get into it but once things got going they were griping. you really come to care more deeply about the characters than you thought you would. Definately worth a read!

This was a great story to listen to. The narrator did a great job. I loved the characters and the western town atmosphere. The romance was slow moving and believable. I hope she writes more about these grwat characters.

looking forward to a sequel!

I had the pleasure of meeting the author a few years ago. She is as genuine as her books. She also picked a wonderful narrator to give time to this heartwarming story

I loved the book!

I downloaded the book because it was free (thank you) and because I am epileptic. I thoroughly enjoyed it. I won't forget for a long time how grateful I am for not having been born during the 19th century. There but for the grace of God . . . .

first of all, WHY ISN'T THIS A MOVIE YET ???????
now to my review
oh my .. OH MY .. I was not ready for this explosion of emotion, this book was everything I was looking for :D so happy I didn't give up after the first book
so in this book we follow Gideon the town's doctor and the only one with compassion to see mentally challenged people as actual human beings, and then there is Miriam, she is a nurse and hides a great secret of a condition of epilepsy and doesn't trust doctors at all .. those two are on a mission to save the town, one person at a time :)
AMAZING AMAZING highly recommended, read it if you want a sweet romance with a high touch of humanity and friendship

The narration was amazing and I felt each character and the touching moments were excellently performed .. good job

This was so cute

Too cute, cuteness alrt !! Fluffyness at it's finest in historical fiction, aaah my heart is happy 😌

Oh my goodness ...where to begin??? There aren't enough adjectives in the English language to describe the perfectness, the splendor and the beauty of this story! It is officially my favorite book in the entire universe. It's suspense and mystery, and love and romance and friendship and kindness and humor at its finest. It's the 'can't eat, can't sleep, can't do anything or I'll go crazy if I don't read or listen to more of this story' kind of book!!! Sarah Eden knocked this one out of the park! (And I LOVE all of her books!) Oh and the narrator is so amazing! I love how snarky or flirty or sweet or sad she can make the characters sound! What ever they are paying you is not enough sister! 😁

I loved how the characters came to life this fun read . It was nice to read a story that humanity still lives on. I can’t wait for the next book in the series!!

Enjoyable read or rather listening experience.

I enjoyed listening to the reading of this book. It kept my interest all the way to the end.