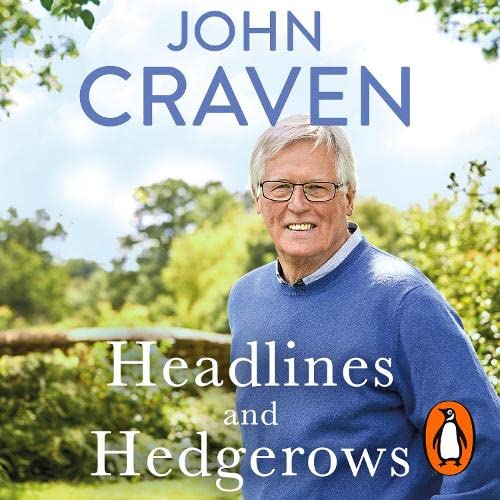 In this, his first memoir, John recounts his childhood, the high points and low points of one of the longest entertaining careers in history, and the people, family and animals in his own life which have shaped it.

Born in Leeds, West Yorkshire, John showed an early interest newspapers when, aged 11, he wrote the Grimthorpe Street Gazette: a one-page paper detailing the latest goings-on in his street. It was a short-lived enterprise, not least as he only had one copy of it (which he charged neighbours a penny to borrow and read). It was whilst working at the Yorkshire Post that he heard of a new opening at the BBC - a move that was to change his life forever....

Throughout the 1970s and '80s, John was, to children and parents alike, a friendly guide to the big wide world and to adulthood, breaking such news as the Challenger shuttle disaster in 1986 on Newsround. Since then, having presented Countryfile from across the breadth of Britain, John has introduced us to the people, landscapes and animals which make it so special. He has done for our countryside what Attenborough has done across the world, and now we get to hear the story of this national treasure.

What listeners say about Headlines and Hedgerows

John takes us on a journey from his early life in Leeds to current day and his Countryfile exploits.

It's a genuinely lovely listen, evoking childhood memories and John's voice providing the warmth and reassurance we all know and love.

A wonderful journey and insight into his career, particularly those years on Newsround which holds special memories for me and the growth of Countryfile.

Remember it a memoire not a novel

As one who was brought up as a child of Newsround, Swapshop and Countryfile it is a fascinating glimpse not only into John Craven’s life but also the backroom stories. It is best read in chapters with a rest between as there is so much to adsorb. Not sure all will like the politics of the BBC but then they have a track record of arrogance so good that he stood up and got through these challenges. The book is an inspiration of what can be done.

I grew up watching John Craven on News Round, it was a great walk down memory lane, thoroughly enjoyed listening and strongly recommend to anyone of similar age. There are some interesting stories that I had long forgotten about and the story is generally positive, light hearted and uplifting. Thanks for sharing your life story John.