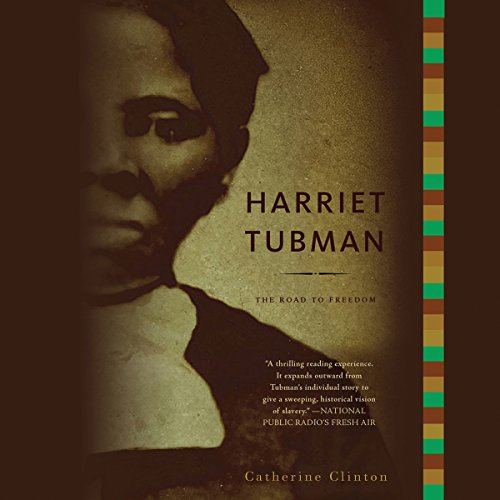 Celebrated for her courageous exploits as a conductor on the Underground Railroad, Harriet Tubman has entered history as one of 19th-century America's most enduring and important figures. But just who was this remarkable woman? To John Brown, leader of the Harpers Ferry slave uprising, she was General Tubman. For the many slaves she led north to freedom, she was Moses. To the slaveholders who sought her capture, she was a thief and a trickster. To abolitionists, she was a prophet. Now, in a biography widely praised for its impeccable research and its compelling narrative, Harriet Tubman is revealed for the first time as a singular and complex character, a woman who defied simple categorization.

What listeners say about Harriet Tubman

I was not happy with the narrator as it did not capture the story and was very monotone. I persevered for the story but will never again listen to a book read by this narrator.

I learned so much! She's definitely my Shero! I had no idea she did ALL the things she did outside of freeing slaves. She did so much humanitarian things, advocating for the indigent, women suffrage rights, served her Country in the military, etc!

Harriet Tubman's life is an inspiration and Catherine Clinton tells it very well. I did not know that Tubman was so fearless in her rescues and never got caught while freeing slaves through the Underground Railroad. To be clear, only about half the book is the actual biography of Harriet Tubman, the rest of the book is expansive filler material on slavery in general and the U. S. history that is pertinent to Tubman's life. But, I must say, Catherine Clinton's "filler material" is very interesting and informative, and includes material and perspectives not available in other histories of the period.

Catherine Clinton is a great writer. I have read her biography of Fanny Kemble as well.

The reader does very well, and I enjoyed listening to her with one notable exception. That exception is the repeated mispronunciation of the word "clandestine" which recurs throughout the book. It is very irritating and I'm amazed that no one in the "Audible/Amazon" organization caught it.

This is an excellent and well researched account of a woman whose life and accomplishments have too long been relegated to simplistic children’s literature. My only complaint about the audio book is that the reader too often speaks in a monotone, as if reading a rather boring newspaper article. This is nevertheless worth listening to, as Tubman herself and her life were actually were way more fascinating, and she accomplished immensely more than I ever knew.

I knew very little of Harriet Tubman, other than the Underground Railroad folklore. She was a truly inspiring person, and I am glad to have learned so much more about her.

First, white authors need to stay out of Black spaces. And that is clear in this case. What we know to be rape perpetrated by whites against Black enslaved women and girls, this author calls “coupling.” After describing back breaking work Ms Tubman was forced into, this author says Ms Tubman came to enjoy the physical exertion. I’m skeptical. I can’t imagine an enslaved person coming to enjoy back breaking work. Sometimes people adapt to terrible conditions in order to survive. After I heard the phrase “hired out” a half dozen times, I was done. Enslaved persons were not employees.
They weren’t *hired* by anyone.

At the same time, this author describes the terrible conditions well. I’m confused by her language choices and I think those choices matter.

What an amazing and exemplary person Harriet was! I feel inspired after listening to her life story.

I'm glad to have had the opportunity to learn more about one of my favorite black History superheroes of all time. Shame the government never gave her full military honors. I know we're men and we want to claim all the glory of the Civil War for ourselves, but she did fight bravely in that war also. It's time to acknowledge Harriet Tubman for her service and give her her just do🥇🎖

Narrator rushes through this great story

This is a great story but the narrator speaks way too hurriedly. No emotions or tones or pauses. Almost like a high school student rushes through a speech.

Harriet Tubman is a true heroine! she deserves much more credit than Martin Luther King Jr. and others who are frequently recognized nowadays.

Everything I needed to know about this amazing wom

It takes a full biography to take the length and breadth of this wonderful woman’s abilities and achievements .