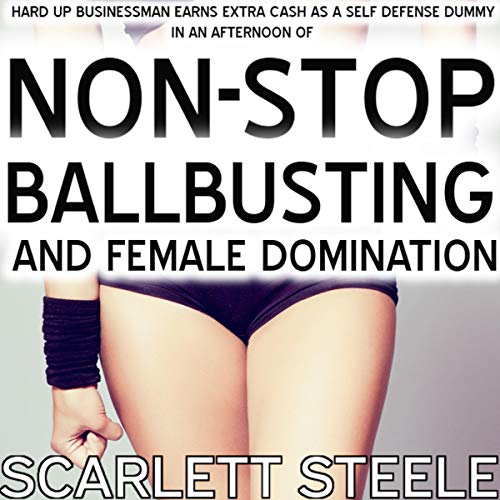 Hard up Businessman Earns Extra Cash as a Self Defence Dummy in an Afternoon of Nonstop Ballbusting and Female Domination!

Submissive businessman surrenders to an unforgettable afternoon of ballbusting to save his floundering business!

During the recent economic crisis, Kevin’s found his business suffering some hardship. His business spiraled deeply into debt and his bank became reluctant to lend him more money.

His proposition - a loan in exchange for a stake in his business.

Her suggestion - a loan in exchange for his role in her own business.

Kevin find he takes on too much as he volunteers to become a self-defense dummy in one of Mistress Jessica’s gyms.

It quickly become apparent to him that his role as a self-defense dummy was to simply provide his balls for an onslaught of punishing attacks at hands, knees, legs and elbows of 10 uber-athletic females - with a surprise at the end he will never forget!

What listeners say about Hard up Businessman Earns Extra Cash as a Self Defence Dummy in an Afternoon of Nonstop Ballbusting and Female Domination!