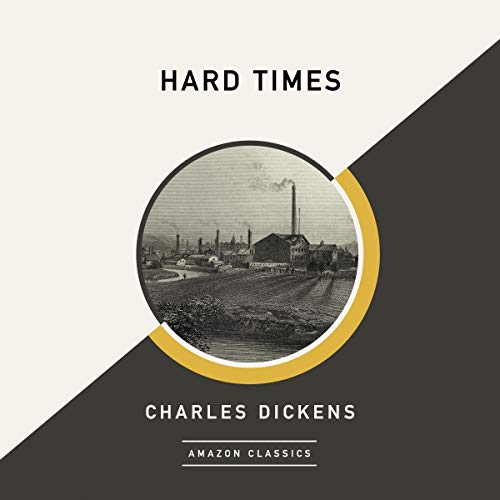 In Coketown, England, wealthy retiree Thomas Gradgrind has founded a school based on his belief that life should be factual - not fanciful. Among his pupils are his children, Thomas and Louisa, who are raised on his teachings of rational self-interest and grow into loveless, despairing adults. As he bears witness to his children’s suffering, Gradgrind is forced to confront the dangers of his dispassionate, utilitarian philosophy.

Published serially in 1854 and packed with page-turning cliff-hangers, Hard Times explores representatives of English society - the disappearing aristocracy, the growing middle class, indigent laborers, and nomadic circus people - as they navigate the ways of Victorian England during the Industrial Revolution.

AmazonClassics brings you timeless works from the masters of storytelling. Ideal for anyone who wants to listen to a great work for the first time or rediscover an old favorite, these new editions open the door to literature’s most unforgettable characters and beloved worlds.