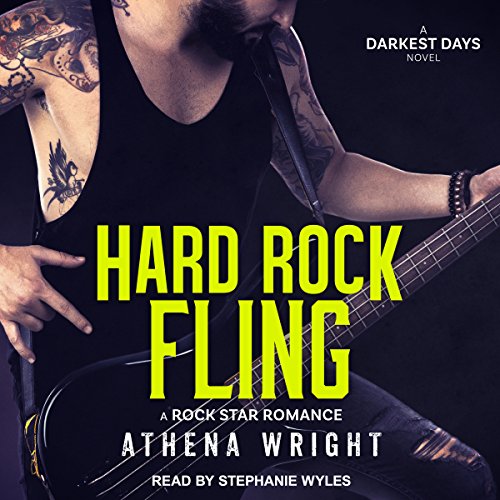 It's just a fling. Rock stars like Ian are known for breaking hearts. I'm not going to let him break mine.

Ian Drake, one of the genius twin guitarists of Darkest Days, is known for his brilliant green eyes, his sly grins, and his mischievous flirting. I shouldn't take him seriously when he flirts with me. But there's something about the way he looks at me. Like I'm the only one who sees past his cheery facade. Like I'm the only one who really sees him. Ian says I'm special. He says I'm not like the others. He showers me with pretty words, just as he fills me with naughty desires.

Everyone knows rock stars like Ian don't do commitments. This is just physical. Just fun. I'm going in with my eyes wide open. Because there's a secret he's not telling me. And why would he? We're just having a fling. I told myself I wouldn't let Ian break my heart. But I'm dangerously close to falling for a playboy rock star. Contains mature themes.

This book does touch on some very real issues. Ian is a rockstar, that of course has his secrets that he doesn’t want discovered. He hasn’t even completely opened up to his twin brother about them. Hope is an observant intern that can actually tell the twins apart. Hope and Ian’s story is emotional, as any good rockstar read. But it’s very worth the time to listen to.