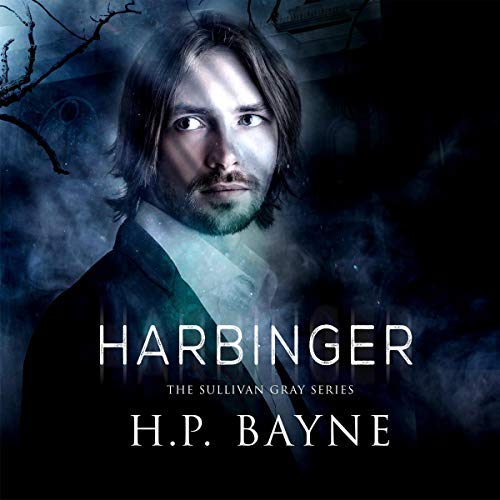 A spirit who sees the future might rob Sully of his.

When Sully’s boss is fatally shot, he becomes the main suspect in the homicide. The woman's ghost is guarding a secret, one that will reveal the true killer - if Sully can convince her to show him.

But he's got other problems. The terror-stricken ghost of a powerful clairvoyant has intentions of his own, and Sully finds himself an unwilling accomplice on the spirit’s violent journey.

As Sully struggles to cope with two ghosts and his own internal demons, Dez and the rest of his family fear he’s losing himself to his gift. And he might just lose more than that.

Sully's world is about to change forever - if he comes out alive.

The Sullivan Gray series blends mystery and the paranormal, with the brotherly twist of the Cal Leandros series or the TV show Supernatural.

What listeners say about Harbinger

I loved this book so much!! I read Black Candle and wanted to follow the series, and now I cannot wait for the third book to be released! I found myself so invested in the characters and waiting in my car to finish chapters because I couldn’t pull away. I had goosebumps and even tears at times. The narrator does a great job of distinguishing voices and setting the mood of each chapter. Such a great listen!!

Oh my God! If the first book was good, this was even better. The last half is simply to stop the heart, the tension is so thick that you must stop to catch your breath. The story begins about two years later than Black Candle, and we meet again with some of the characters we know from it. Sully and Dez face so many difficulties together, so much fear and pain, and yet their connection continues to shine. And the story is thrilling! There is a ghost that keeps popping up and, for some reason, Sully is truly terrified of him. The first time he appears, there is an attempt to break-in in the pub where Sully works and lives. Sully interrupts the intruder, but the man manages to escape. But the next day the same man? other? is there, with a shotgun, and kills Betty, the pub manager and Sully's friend. From then on we learn many things in quick succession: it is possible that Betty was not killed accidentally, she had in her possession a blue thumb drive that contains something that someone wants badly; his son has just been released from prison, where he was sent by child pornography possession's charges, although he continues to say that he was framed; Uncle Lowel has been providing Sully with sleeping pills; and the police thinks Sully killed Betty. The plot develops seamlessly, the tension keeps growing and you simply can't stop reading. And the end, oh, the end will make you scream in frustration, not because it's illogical or even something you would not expect from Sully, but because it's exactly what he would do, and God! And John Downey did sucha wonderful job with the narration! He manages to transmit the emotional conflict with ease, and the different voices are all easy to identify and realistic. A new favourite narrator, indeed