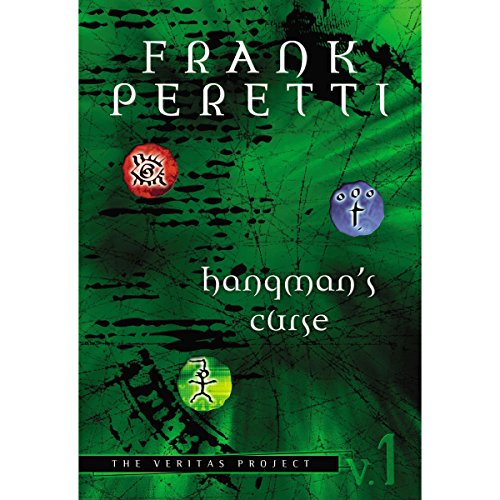 They could be anyone, anywhere...even the person walking by you right now.

The Veritas Project is their code name - but only a handful of people know teens Elijah and Elisha Springfield have been covertly commissioned by the president to investigate strange mysteries that delve into the paranormal and supernatural. Their charge is to find out not only what happened but why - the veritas (Latin for "truth") behind the seemingly impossible phenomena.

In Baker, Washington, three popular student athletes lie in incoherent comas, with loss of muscle coordination, severe paranoia, and hallucinations. It's whispered that they're victims of Abel Frye - a curse that's haunted the school since a student died there in the 1930s. Now the curse is spreading, and students are running scared. The Veritas Project must go undercover to find the truth...before it's too late.

What listeners say about Hangman's Curse

ROMANS 12:21
"Be not overcome of evil, but overcome evil with good."
(King James Bible)

It was very interesting and captivating it had me on the edge of my seat the whole time it was very well written it would be scary for younger children I was scared even but it was a very good book.

I love this book. I’ve read it myself many times and listening to Frank Peretti read it is great. However, the book bounces back and forth between many different viewpoints which could be confusing and a little jarring(he barely pauses to breath between sections). Part of the book is also missing, at least one section possibly more(the entire scene with the drug raid isn’t there). Also there are a couple of sections where the book tells you to put in the next CD.
Overall, love this book and the narrator, but this audio version needs some work.