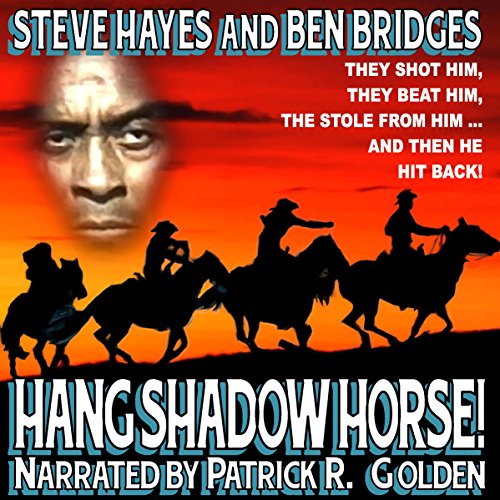 The Portuguese slavers called him Sam because they couldn't pronounce his real name. They tore him away from his homeland and put him to work picking cotton in the Tennessee Valley. But the big, fleet-footed Zulu was nobody's slave, and to prove it he escaped and headed west.

Throwing in with a medicine show conman named Doc Jonah, Sam started entering county footraces to earn enough money to go back to Africa. But then his trail crossed that of Major Lawrence Devlin, and nothing was going to stop the ruthless rancher's man from winning the Fort Stockton Carnival Week race.

From that moment forward Sam was cheated, beaten, shot and hunted like an animal. Worse, they took his beautiful grullo mare, U-Shee-nah, away from him. But that was Devlin's biggest mistake, because it only made Sam more determined to get his revenge... and as Shadow Horse he became Devlin's worst nightmare.