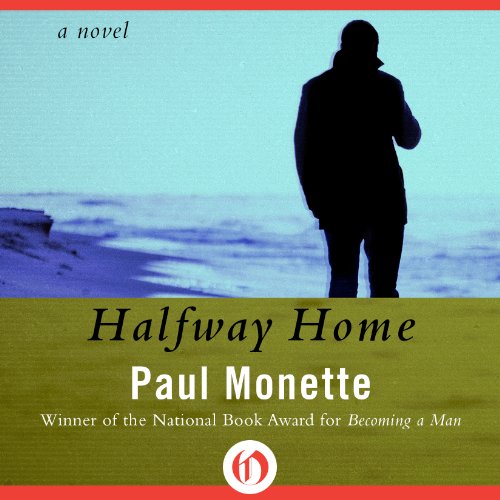 In Halfway Home, Paul Monette, the National Book Award winning author of Becoming a Man delivers a "fast-paced novel that swings between humor and tragedy, high camp and lowdown realism, gays and straights, winners and losers, people who are dying and people who are afraid to live" (Los Angeles Times).

Halfway Home centers around the story of thirty-four year old Tom Shaheen, an actor living with AIDS in southern California who has been forced to retire, because of his illness, to an isolated beach house. Tom's peaceful existence is shaken to the core when he receives a sudden and unexpected visit from his brother, Brian, a former high school football hero who, well-loved and athletic, was Tom's exact opposite while growing up. Brian's visit turns out to be more than Tom bargained for--Brian is seeking safety and sanctuary for himself and his family because of shady dealings in his contractor business back in Connecticut.

In the midst of dealing with his brother's crisis, Tom begins to bond deeply with his landlord. Gray--a connection that evolves into a bittersweet love affair, inspiring hope that there can be a life after AIDS.

What listeners say about Halfway Home

Today's fiction writers take note please - this is brilliant fiction which just happens to have a strong central character who is gay. It is a beautiful story which is layered, characters are complex and multidimensional and most of all it is a realistic plot.

I am so tired of listening to gay fiction which seems like I am stuck in a cheap B grade gay soap opera - thus reading this beautifully written story restored my faith in gay writers, although that said it was written and published in1991....

a beautifully written and performed story, and I adored every precious moment.....