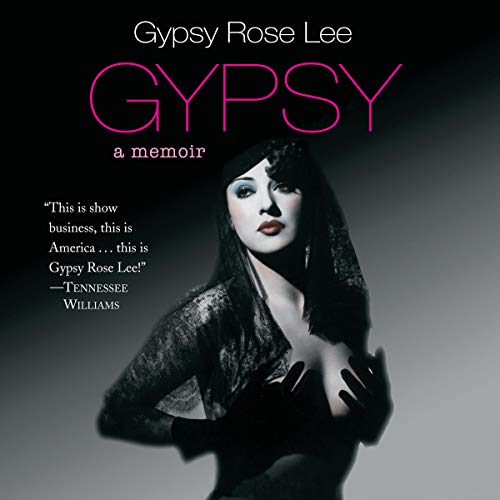 “Watch out, New York! This Gypsy is a wallop-packing show of raw power.” (Ben Brantley, The New York Times)

Not your ordinary theater experience. This is the best production of the best damn musical ever.” (Liz Smith, Syndicated Columnist)

The memoir, which Gypsy began as a series of pieces for The New Yorker, contains an afterword by her son, Erik Lee Preminger. At turns touching and hilarious, Gypsy describes her childhood trouping across 1920s America through her rise to stardom as The Queen of Burlesque in 1930s New York - where gin came in bathtubs, gangsters were celebrities, and Walter Winchell was king.

Gypsy’s story features outrageous characters - among them Broadway’s funny girl, Fanny Brice, who schooled Gypsy in how to be a star; gangster Waxy Gordon, who fixed her teeth; and her indomitable mother, Rose, who lived by her own version of the Golden Rule: “Do unto others...before they do you.”

"Will delight anyone who has a love for the annals of the American stage." (Newsweek)

"This is show business, this America...this is Gypsy Rose Lee!" (Tennessee Williams)

"I found it irresistable. It's quite a performance. I bet some of it is even true, and if it wasn't, it is now." (John Steinbeck)

it paid off. hardships and chaos in the family dynamics. having her own ideas and being able to think fir herself...Gypsy made the right moves and then it paid off in the end.
I recall this being an endearing memoir.

This was so engaging and beautifully read. You can’t help but compare to Gypsy the musical and many of the myths are dispelled. The afterword by Eric her son is particularly touching