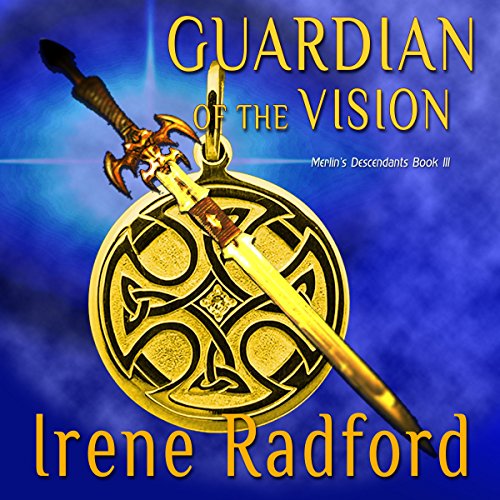 Guardian of the Vision

The glory of the Elizabethan Age is tarnished by the continuing religious conflict begun by Henry VIII. Griffin Kirkwood renounces his title, his lands, his love for the mysterious demon-ridden Roanna, and his magical heritage as a descendant of both King Arthur and the Merlin to become a Catholic priest in France. His twin, Donovan (his mirror image in face and form and rarely more than a thought away) shoulders the responsibilities willingly. He agrees to two arranged-marriages, one after the other, and takes on the outward appearance of whichever religion is dominant to protect all that he loves, but without magic, or the love of his life. Together and separately the twins must fight to guide Queen Elizabeth through the intricate maze of politics and religion. Their spiritual and magical journeys cross each other, oppose, and re-align as they battle internal demons and external threats.

What listeners say about Guardian of the Vision