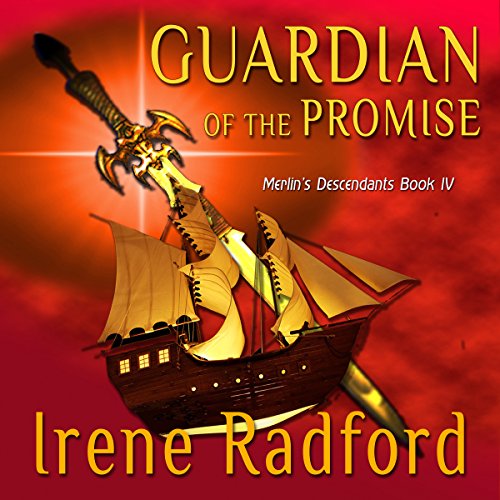 Guardian of the Promise

Deirdre Kirkwood, the bastard child of Griffin, a Catholic priest, and demon-infested Roanna Douglas, has been raised with her cousins Betsy and Hal, the children of Griffin’s twin, Donovan. Each of them has inherited a powerful magical talent and a wolfhound familiar. Any of them could become the next Merlin of Britain.

Deirdre’s quest to know something, anything, about her father leads to a confrontation with El Lobison the Master of all Werewolves. No one is safe from him, as the cousins learn to their terror. In and out of royal courts, the three cousins build a network of spies who are the only ones who can counter the weather, the werewolves, and the Spanish as England faces the relentless Spanish Armada.

What listeners say about Guardian of the Promise