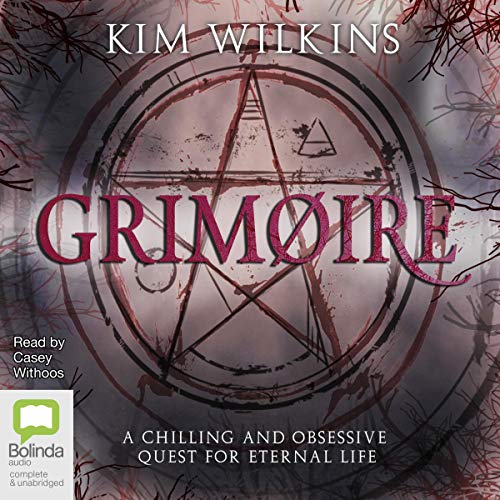 In present-day Melbourne, a group of power-hungry academics are trying to reassemble a 19th century grimoire designed to summon Satan.

For centuries magicians have compiled grimoires to call up demons.

In Victorian London an ambitious warlock called Peter Owling designs a book to summon the Lord of Demons himself and thereby achieve eternal life. But not even his beautiful young acolyte Christian grasps the full extent of his master’s plans....

In 20th century Melbourne, a group meets in secret at Humberstone College, dedicated to reassembling Owling’s book. But there are others meeting at Humberstone, too: three students drawn to the College’s mysterious past, its gloomy underground labyrinth and what they come to suspect are its current secrets. When a beautiful man appears to one of them in a mirror, he says he carries a warning...but can his dreadful story be true?

What listeners say about Grimoire