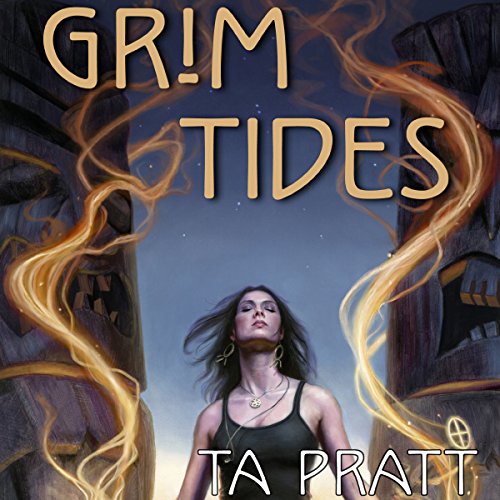 By: T. A. Pratt
Narrated by: Jessica Almasy

Marla Mason, ousted chief sorcerer for the city of Felport, is languishing in exile on the island of Maui with her best friend, the psychic (and rather hedonistic) Rondeau. She's making a living of sorts as an occult detective, but for the most part, she's just marking time. Driven from the city she loves, Marla is adrift, nearly friendless, and stripped of almost all her power and resources. Obviously, it's the perfect time for old enemies to try and kill her.

A group of sorcerers, all with their own reasons to want Marla dead, assemble and prepare to attack her while she's at her most vulnerable. The members of this Marla Mason Revenge Squad include the one-armed witch Nicolette, the cheerfully murderous psychopath Crapsey, a criminally insane shapeshifter, a man who hunts werewolves for fun, and a master of anti-magic, among others. But they aren't taking chances with an enemy as formidable as Marla. They hire the world's most notorious - and deadly - chaos witch, Elsie Jarrow, to lead their assault. But Elsie is impossible to predict and just as hard to control, and may well have an agenda of her own. Besides, Marla isn't as helpless as they think - she's still got a few friends in high (and low) places, including a god or two. And no matter how bad her life is, there's nothing Marla loves more than a good fight. There's bound to be trouble in paradise.