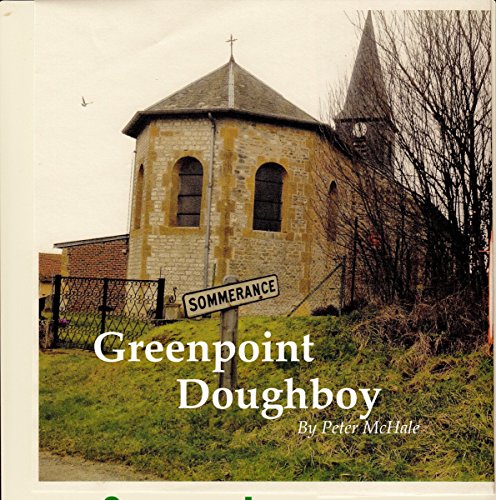 Buy box is not available to display at this moment. Sorry for the inconvenience
To purchase this book, please visit this page later or call our 24/7 customer service

When Irish immigrant Alex McKay is interviewed by a reporter in 1911, McKay cheerfully relates that America has given his family everything. This historical novel, based on a true story during WW1, shows how the McKays of Greenpoint, Brooklyn stood tall with America and paid the ultimate price of citizenship.

Greenpoint Doughboy, written by McKay descendent Peter McHale, shows you the many sacrifices Alex, his wife, and their four children make during World War I.

The Great War rages in Europe, and the McKays are all eager to do their part. Alex’s son John McKay, at the age of 21, joins the Fighting Irish 69th Infantry Regiment of New York City. During basic training in Manhattan, John befriends Dick O’Neil, a young man with a bright future, and Daniel Buckley, an Irish soldier with a tragic past. The three will face enormous challenges as they cross the Atlantic and join the fighting in Lorraine. Not everyone will make it out alive.

McHale takes you from the bustle and vibrant city life in the Brooklyn Irish community to the muck- and death-filled trenches of France. His story paints a vivid portrait of one family’s loyalty and love.

What listeners say about Greenpoint Doughboy