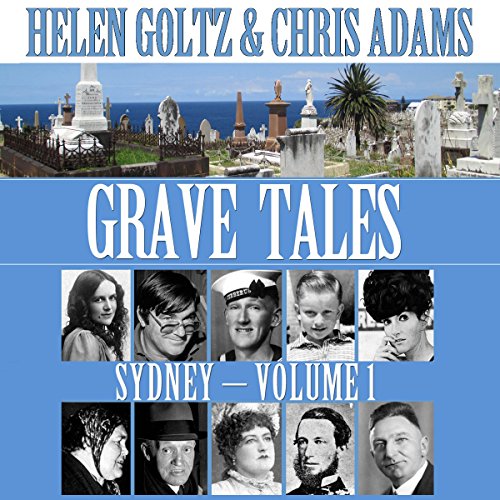 Have we learned anything from the ordinary people who were caught up in extraordinary Australian events and circumstances and now rest in Sydney cemeteries?

History colliding with the now. These are just some of the stories and personalities featured in the Grave Tales series. Grave Tales: Sydney visits cemeteries to feature people who willingly, or unwillingly, were participants in events that made local and national headlines. They may have lived in the same suburbs, streets, and even the same houses as exist now, or unexpectantly came to rest, in Sydney.

I hope they bring out the other titles on audio book. books are more enjoyable when authors read their own books and this is definitely an enjoyable book.