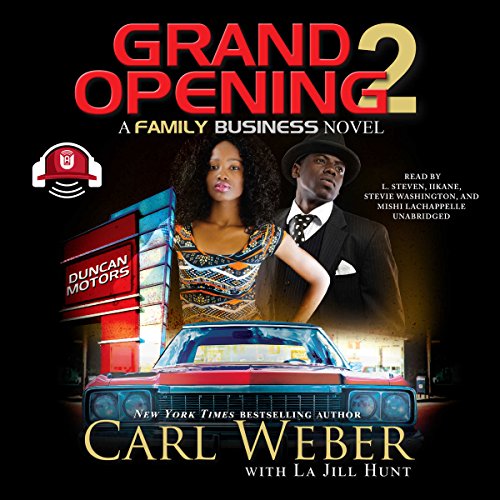 The year is 1978. The Duncan brothers and their tough-as-nails women have vanquished their rivals and taken their place as the leaders of Waycross, Georgia's criminal enterprises. However, their rise to power has not gone unnoticed, and the family is rocked when their mother, Miss Bettie, is kidnapped and her body is found in a swamp. No one knows who the killers are, but instead of drawing closer, the family is split when their grief-stricken leader, LC, is offered membership in the South's most powerful black organization, the Council.

Membership has its privileges, but they do not include his brothers. LC packs up his growing family and moves to Atlanta to open his first car dealership. Unable to deal with their mother's death, Lou Duncan searches for her killers with the help of an unlikely ally - LC's ex-fiancée. Her presence may cost him his relationship with his brothers, but Lou is resigned to that fact because Donna's help is instrumental in finding Ms. Bettie's abductors.

What he will soon learn is that his search for the truth will also lead him to discover a long-buried Duncan family secret.

What listeners say about Grand Opening 2

this was soo good, I could not stop listening. excellent book! worth the wait. Wow

I really enjoyed reading this book and was surprised at the outcome of it. I think everyone who reads this book will enjoy it! I will definitely recommend this book to others to read!

Enjoyed every second and look forward to listening to much. Story was entertaining as expected

They definitely DID IT AGAIN!!

I’ve read this book twice & I loved it both times!! Carl Weber & LaJill Hunt did an excellent job on the back story of my favorite characters. I truly hope they continue!!

I did not like this book nor the narrators. too many words being stumbled over. at first the book sounded like it would great, but it wasn't.

Carl Weber did it again!

Carl Weber did it again. He leaves you wanting more but doesn't leave you hanging.

Just as good as the first

I absolutely loved this book! I loved the narrators and everything....good job! Great story too!

This was great story. It kept my interest from beginning to end. The narrators did a good job. I will be listening to it again. I highly recommend it.

This was entertaining enough for me. I really liked the narrators. The story was decent. With a few of his books, the underground or dark organizations (Illuminati), are prevalent, and I am a fan. There are variations and not too repetitive. I guess the abrupt ending is not something I liked. I felt there could’ve been more closure. Or at least an epilogue🙂