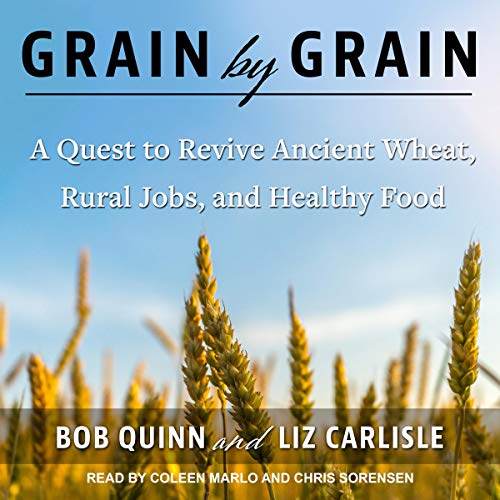 When Bob Quinn was a kid, a stranger at a county fair gave him a few kernels of an unusual grain. Little did he know, that grain would change his life. Years later, after finishing a PhD in plant biochemistry and returning to his family's farm in Montana, Bob started experimenting with organic wheat. In the beginning, his concern wasn't health or the environment; he just wanted to make a decent living and some chance encounters led him to organics.

But as demand for organics grew, so too did Bob's experiments. He discovered that through time-tested practices like cover cropping and crop rotation, he could produce successful yields - without pesticides. Regenerative organic farming allowed him to grow fruits and vegetables in cold, dry Montana, providing a source of local produce to families in his hometown. He even started producing his own renewable energy. And he learned that the grain he first tasted at the fair was actually a type of ancient wheat, one that was proven to lower inflammation rather than worsening it, as modern wheat does.

What listeners say about Grain by Grain

Reader is not great

The topic is relevant and worthy of discussion. For me, however, the reader made this hard to listen to.

if you eat you must read this

if you eat you must read this. extremely well researched and experienced author Bob Quinn presents the reality and corruption of the food system today and provides hopeful solutions for our future. a must read!

As someone from Montana this is pretty hard to listen too. Many pronunciations are incorrect and there are several mistakes in names.

also the voice and intonation used does not match the voice of the author so it sounds very inauthentic.

A lot of uncommon common sense.....

The cost to our loved ones and ourselves as well as our neighbors and friends is to high not to take heed.

Very well told story. The author's story comes across without being preachy. A scientist at heart, eternally curious, I love the way his company funded double blind crossover rat and human research studies to study the health benefits of KAmut wheat. 🌾