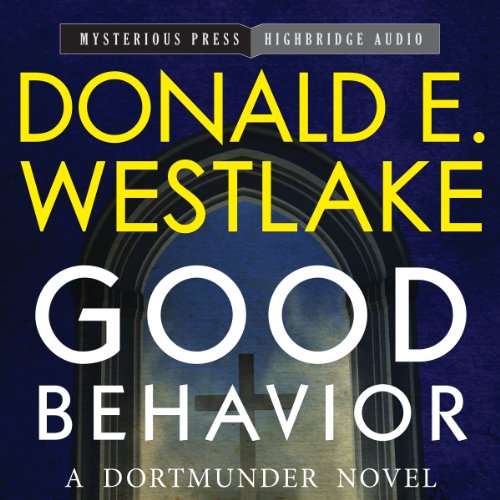 It was supposed to be a simple caviar heist. Dortmunder is almost in the building when the alarm sounds, forcing him up the fire escape and onto the roof. He leaps onto the next building, smashing his ankle and landing in the den of the worst kind of creature he can imagine: nuns.

Although decades removed from his Catholic orphanage, Dortmunder still trembles before the sisters’ habits. But these nuns are kinder than the ones he grew up with. They bandage his wound, let him rest, and don’t call the cops - for a price. The father of the youngest member of their order, disgusted by their vow of silence, has kidnapped his daughter, locked her in a tightly guarded penthouse apartment, and is attempting to convince her to renounce her faith. The nuns ask Dortmunder to rescue the girl. It’s an impossible assignment - but one he cannot refuse.

"Dortmunder is back - hurrah! Brilliantly done." ( The New York Times Book Review)
"[Westlake’s] most durable character.... Whatever can go wrong in the man’s elaborate attempts at larceny invariably does, and in the most amusing and unexpected ways possible." ( Los Angeles Times)

What listeners say about Good Behavior

One of the best in the Dortmunder series.

I enjoy the whimsical series about career criminal Dortmunder and his doing right by attempting wrongdoing. This is one of the most amusing of his capers, and his ability to escape from tight spots is seriously challenged. I found the narrator pleasant to listen to.

A great listen with typical Dortmunder twists and turns. Holsopple is excellent and the best of the Dortmunder narrators. You’ll laugh out loud and have a great time. Start your summer off with some fun!

This is a superb example of why this author is the best. a must read.

Dortmunder is a delight. Westlake puts his principal character through his paces in this episode. As soon as he slips one noose, he pokes his head into another one. How he gets in all these fixes and out of them is great fun to see, or in this case, to hear. Mr. Holsapple gives voice to myriad actors and keeps his tongue figuratively planted firmly in his cheek. I enjoyed this book very much indeed,

Hail hail the gang's back for another weird heist!

Glad that Dortmunder and the gang are back on audio! Nice narration, moves along well.

Enjoyable Caper With a Twist

Escaping from one bad situation, professional criminal John Dortmunder falls into another one. The usual cast of characters take on a new caper with high stakes — will this be the time they pull it off? Well read by Brian Holsopple.

Dortmunder and the gang are all here. Tiny meets JCTaylor, the regulars continue their discussions, there are mercenaries and nuns, what's not to love!

Sometimes you need a book that isn't dark, depressing or disturbing. This book is just such a book. It is "clean" -- limited curse words without violence .