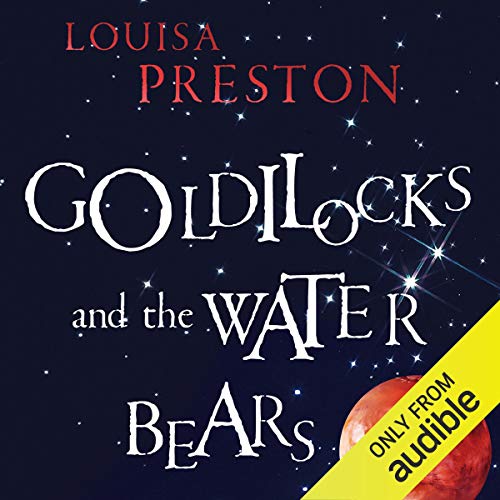 Goldilocks and the Water Bears

All life as we know it is carbon-based and reliant on sources of liquid water and energy for its survival; it is also, of course, known from just one planet: the Earth, a world perfectly suited to host life. But across a universe of at least 100 billion habitable, earthlike worlds, life cannot be restricted to just this one place. Or can it?

The Earth is just the right distance from the sun - within the so-called 'Goldilocks zone' - and has a protective shielding atmosphere to allow for life to thrive. Life's journey in four billion years from single-celled organism to upright humanoids with the capacity to undertake missions to other planets is remarkable.

But there is a chance that life exists (or existed) elsewhere in the solar system, and recent discoveries of just how common planets are in other systems means it is highly likely that life does indeed occur on other planets.

How might life appear on these other worlds? It is possible to make best guesses using facts rooted in physics, chemistry and biology and by studying 'extremophiles' - organisms, such as nematodes and water bears, that can survive in the harshest conditions that Earth can offer.

Ultimately we need to figure out what is next for humanity. Our logical move is to break free of the confines of the Earth and colonise another body in the solar system, such as the moon or Mars. How and when will we do this? Or is it all just science fiction? These questions, in a nutshell, make up the core of astrobiology - the study of the origins, evolution and biology of life elsewhere in the universe - and the search for it.

This audiobook is an accessible introduction to this most fascinating of all the astrosciences. Are we alone in the universe? Goldilocks and the Water Bears looks at this and many other questions as the search for life elsewhere in the universe goes on.

What listeners say about Goldilocks and the Water Bears

Astrobiology is a new field of science. The exploration of life across the galaxies is to say the least incredibly fascinating.

What is life? How can we define life? Are all questions tackled at the start of the book creating a strong premise. The author is clear to create constraints about life being carbon based evolving out of water.

Bacteria and extremophiles living on earth and the possibility of having similar conditions in other planets provides probably the best evidence that there may be life outside of our world.

The book was engaging and well narrated. A good introduction to the wonders that may lay out there.

every measurement given in metric and imperial😒

good story and performance, but the metric+imperial pronunciation of every measurement is VERY annoying and distracting!

Just a synopsis of others

If you have read any science fiction then this book is just a synopsis of those, nothing original.