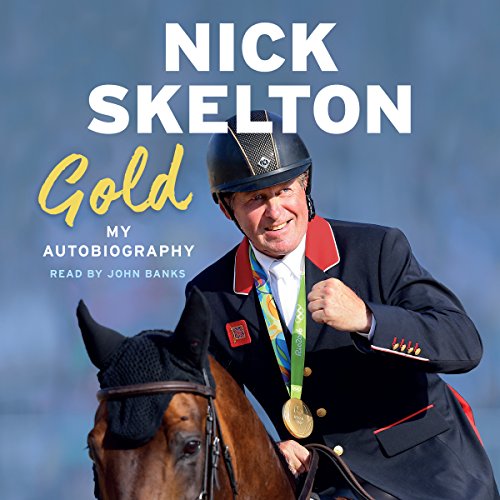 With a show-jumping career spanning over 40 years, Nick Skelton is a legend in the equestrian world. No other rider has won so many major competitions on so many different horses, and he is as popular at Olympia and Hickstead as he is at Aachen, Geneva, Paris and Spruce Meadows.

Skelton has competed in eight Olympic Games. He was part of the gold medal-winning Great Britain team at London 2012 and made history by winning the individual Olympic gold medal at Rio 2016, riding at the age of 58 his beloved horse Big Star.

He began riding at the age of 18 months on a Welsh pony called Oxo. At the age of 17 in 1975, Skelton took team silver and individual gold at the Junior European Championships. He has competed many times at the European Show Jumping Championships, winning numerous medals, both individually and with the British team.

In 1980 he competed in the Alternative Olympics, where he helped the British team to a silver medal. He still holds the British Show Jumping High Jump record that he set in 1978. In 2000 Skelton was forced into an early retirement after he broke his neck from a serious fall. But following an amazing recovery, he came out of retirement in 2002 to compete again.

Now he tells the full story of his eventful life and matchless achievements.

What listeners say about Gold

if ever someones life is filmworthy: its Nicks

incredibly well written and read. keeps you interest from start to finish. incredable reminder of a never give up attitude

I only wish more books like this one existed. Nick Skelton's story is incredible. A 'page turner' .

honestly it was like reliving history, honest and enjoyable I couldn't stop listening. ! !

As someone who finds it hard to get
to the end of a book, I have to say this one was easy, I was interested from start to finish. Great book, a true life fairytale.

What an inspiring story

Absolutely fantastic to listen to from start to finish. I just didn’t want the book to end. Nick Skelton is one amazing man!

I have enjoyed this book and I would recommend it

I have enjoyed this biography of nick Skelton as you don't get too many biographies on showjumpers this one let you into the lives of the big names and show jumping. The trials and tribulations and the work that goes into making it big in the show jumping world.