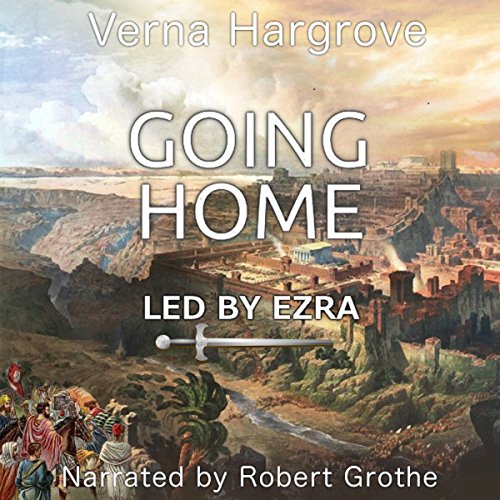 God's dealings with the Israelis are unique. It started with a promise made to Abraham. It was repeated to Isaac and Jacob. After God changed Jacob's name to Israel, God began to build a nation using 12 sons of Jacob. During a famine, God moved Israel to Egypt. For 400 years, God built His nation. Using Moses, he led the nation out of Egypt. It now numbered a couple million or so. Many miracles followed, until under Joshua the land of Canaan became the land of Israel. They were given the law, and a chance to be forgiven when they disobeyed. But they disobeyed God and He sent them to Babylon for 70 years. When the 70 years was over, God led them home. This is that story: The story of Ezra leading the nation of Judah back to Israel after being enslaved in Babylon for 70 years. If Israel was to be safe in ancient times, their city and walls had to be rebuilt. The Book of Ezra, in conjunction with Nehemiah, records the fulfillment of God's promise to restore his people to their land after 70 years of Babylonian captivity. Join Bible teacher Verna Hargrove as she delves a little deeper into this wonderful book of the Bible.

What listeners say about Going Home: Led by Ezra