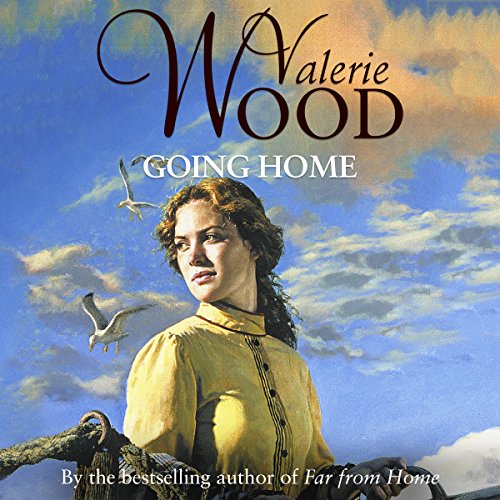 For Amelia and her brothers and sisters, the grim past which their mother, Emily, had endured seemed very far away. As pretty as a picture and now learning to be a teacher in York, Amelia looked forward with pleasure to becoming acquainted with the young men clamouring to get to know her, and especially the two gentlemen who had come all the way from Australia to meet her family. Ralph Hawkins, bringing with him his friend Jack - a handsome half-aboriginal Australian who was determined to make a good living for himself - arrived in Hull looking for his roots. He found Amelia, whose tangled family history was inextricably bound up with his.

Ralph Hawkins' whole world had been turned upside down when he learned that he had been adopted by the couple he had always called his parents. In his quest to find his real mother, he uncovered some cruel and unpleasant truths before at last realising where his true destiny lay.

What listeners say about Going Home

From Australia to England

Oh what a lovely story. I never wanted it to finish It was a sequel to Emily and I do hope that Val Wood writes another to let us know what happens to both families in the future. Anne Dover, as usual, is a brilliant narrator. I can certainly recommend this book.

I’ve really enjoyed listening to this audiobook.
I read the book when first printed but Ann Dover brings it too life.

Well read by Anne Dover a great story about convict ships and how convicts in Australia made good when they had served their time but were not allowed back home. Good coverage of the racism against the Aborigines before they received their apology from the Australian prime minister only just recently.

A lovely book,
Enjoyed it very much,
Plus narrator always makes it very memorable.
Beautiful

Nice to see the next stage and generation . Some interesting twists and turns overall a very enjoyable story !

Good story, gives an insight into problems mixed races had to deal with in the past.

lovely lovly story and lovely to listen to. I also would like to know how the families got on with their new lives.