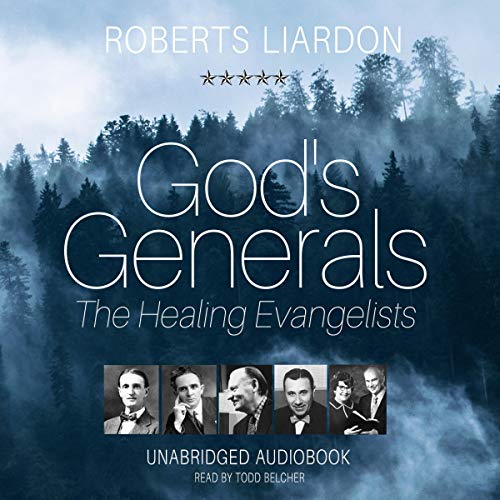 In his fourth God’s Generals volume, Roberts Liardon chronicles God’s great healing evangelists of the 20th century. Journey with such paragons of faith as:

Oral Roberts - One of the most influential Christian leaders in the 20th century, Roberts had a healing ministry that spread from rural tent meetings to a world-class university, hospital, and medical school.

Lester Sumrall - After being miraculously healed of tuberculosis as a boy, Sumrall dedicated the rest of his life to sharing the gospel and God’s healing power with audiences around the world, both in person and through television broadcasts.

George Jeffreys - This Welsh Pentecostal preacher ministered along with his brother Stephen at camps, conventions, and church meetings across England and Ireland, with reports of miraculous healings and other acts of God accompanying them.

F. F. Bosworth - A Depression-era Pentecostal faith healer and one of the founders of the Assemblies of God, Bosworth was known during the 1920s for his interdenominational “big tent” revivals and large auditorium healing meetings.

As you hear about the lives of these ministry pioneers, your faith for signs and miracles will grow as you anticipate seeing God’s mighty hand move in the church today.

What listeners say about God’s Generals