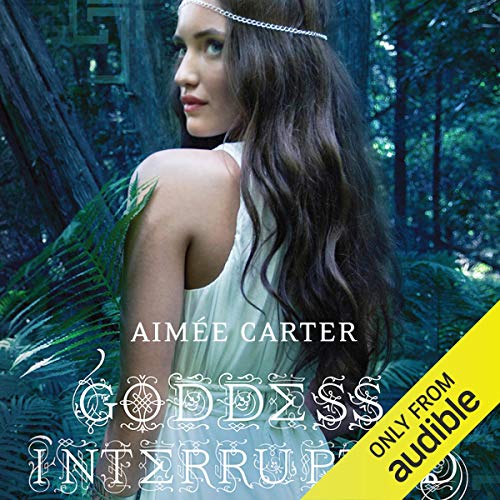 Kate Winters has won immortality. But if she wants a life with Henry in the Underworld, she'll have to fight for it.

Becoming immortal wasn't supposed to be the easy part. Though Kate is about to be crowned Queen of the Underworld, she's as isolated as ever. And despite her growing love for Henry, ruler of the Underworld, he's becoming ever more distant and secretive. Then, in the midst of Kate's coronation, Henry is abducted by the only being powerful enough to kill him: the King of the Titans.

As the other gods prepare for a war that could end them all, it is up to Kate to save Henry from the depths of Tartarus. But in order to navigate the endless caverns of the Underworld, Kate must enlist the help of the one person who is the greatest threat to her future: Henry's first wife, Persephone.

What listeners say about Goddess Interrupted

love the sequel,but i wish kate would mind her business some of the time though

My favorite out of the series

Would you listen to Goddess Interrupted again? Why?

Yes. I love the voice actress, her voice fits the character perfectly.

This is a hard one.

What does Brittany Pressley bring to the story that you wouldn’t experience if you just read the book?

She brings realism. I really believe this character and the story is almost real when hearing her say it.

This main character is a total flop.

The main character of this book is a whiney self conscious loser. I kind of liked her after the first book, but after listening to this chick whine for 8 hours.. And listen to her beg Henry to love her after what he did, it made me sick. Seriously, get mad. Stand up for yourself. Jesus.

If you could sum up Goddess Interrupted in three words, what would they be?

Following the first and "Second" (the 1.5 book) I devoured this audio book as well. I think I listened to the entire series in less than a week, and this book in about a day, maybe a day and a half, since I was listening to it all of the time. I was so enthralled with Kate's story and the mythology behind it that I just had to keep listening and see where it went, and this book provided the fun interaction between Kate and Persephone.

Consider Yourself Warned: Kate is annoying!

Yes, I would because it's part of a series and Kate's issues aside? Interesting information comes to play in regards to the other characters.

She does a good job at females and a decent job of voicing the males.

Do you think Goddess Interrupted needs a follow-up book? Why or why not?

Yes, we need to know what happens.