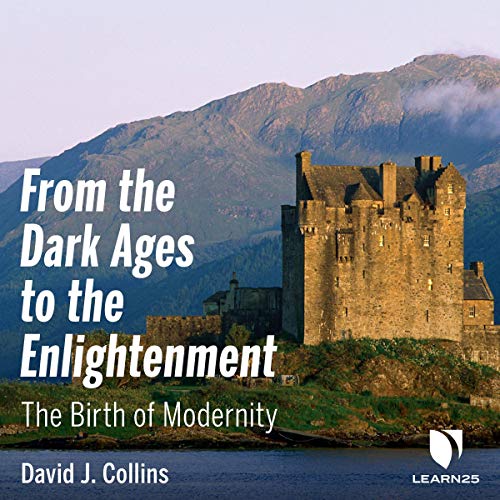 From the Dark Ages to the Enlightenment: The Birth of Modernity

Where did our modern notions about God, science, and humanity come from?

Begin in the Mediterranean world of late antiquity, with the decline of Rome and the ascent of Christianity. Explore vigorous Christian debates over the appropriation of pagan thought along with the implications of these debates for medieval thinking. Follow the lively arguments over the origin of the cosmos, the laws of nature, and the extent of God's direct role in natural changes and miraculous events.

Turning to the High Middle Ages, see the importance placed on human reason and logic. Explore reflections about both God and nature, the 13th-century founding of the university, and the development of theology and natural philosophy - science's predecessor. Learn about the development of a heliocentric conception of the universe and the trial of Galileo. Examine the scientific foundations of witch hunts and the effect of the Reformation on science while paying special attention to Europe's educators, the Jesuits and the Calvinists. Discover the mystical origins of alchemical studies and the rise of chemistry.

Finally, you will turn to such famous characters as Robert Boyle, who titled himself "a priest of nature"; Isaac Newton, who has been called the most important figure of the scientific revolution and the last of the great magicians; and finally Immanuel Kant, foremost philosophical and scientific thinker of the Enlightenment, whose "critical philosophy" fundamentally reconceived thinking about God and the natural world.

What listeners say about From the Dark Ages to the Enlightenment: The Birth of Modernity