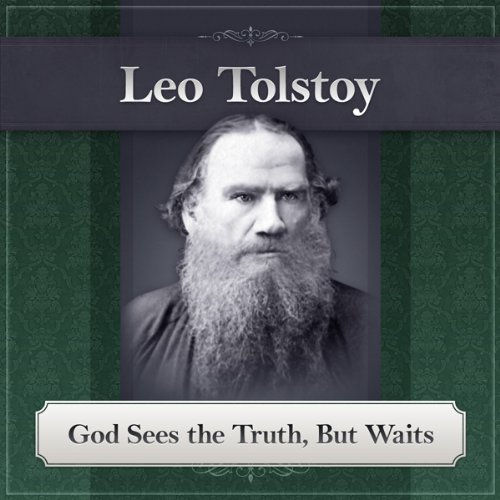 God Sees the Truth, But Waits

God Sees the Truth, But Waits engages a subject that would have suited Dostoyevsky. But Dostoyevsky would have written it with a tone of fist-waving anger and frustration, while Tolstoy wrote this story with an accepting, non-violent attitude toward the grievances described. The protagonist has been wrongly accused of murder, separated from his family for 26 years, and by circumstance meets the real murderer in Siberia. Meanwhile, he has gained an important role in the Siberian community and is trusted by the warden and prisoners alike. He spies the murderer trying to escape and is threatened, but still does not speak out when asked to by the warden. This profoundly moves the murderer, who seeks forgiveness from the protagonist, who says, “Only God can give forgiveness.” The murderer confesses, the protagonist exonerated and is ordered released from prison, but is found dead when the release notice comes - a classic Russian ending.

What listeners say about God Sees the Truth, But Waits

The story is good, but a bit simplistic and predicable and the narration drove me nuts. So far I have not liked anything by this narrator. The reading is halting and stumbling. For a buck and twenty minutes it was still worth it, but there are many better short stories.

the story is great but the reader is awful! he cannot read at all and has a ridiculous accent!

Another Tolstoy gem that leaves you thinking. The production quality is the worst I’ve heard on Audible. It sounds like it was recorded on a pocket digital machine in closet.

Only God can give forgiveness. Leo Tolstoy.

Therefore both were healed at the same moment.

God asks us to forgive those who have trespassed against us. If we forgive first, than God will send us graces that will heal us and those we have offended.

"Remove the plank out of your own eye, and then you will see clearly to remove the speck from your brother's eye". Matthew 7:5.

Leo Tolstoy has it backwards.

I don’t enjoy this narrator. I find his halting folksy Americanism distracting at best and very annoying at worst.

Would you listen to God Sees the Truth, But Waits again? Why?

Deaver Brown is the worst narrator. I just cannot understand some of his words.

Sublime. Reminds me of the Lion of Judah publications archive my father passed down to me of my Russian great grandma's.

I only managed to hear this through to the end because it was so short, and I was morbidly fascinated, wondering how much worse the narration could possibly get. Does this guy really get paid to narrate? Just embarrassingly bad. I will never again buy anything narrated by Deaver Brown. He showed absolutely no respect for the text, apparently not even bothering to check pronunciation before he began (even for common English words, let alone Russian names!), and his reading sounded like even he couldn't be bothered making it to the end. Very disrespectful also of the publisher to allow it to be read by this incompetent person.

Who would you have cast as narrator instead of Deaver Brown?

Bill DeWees did a decent job of "The Death of Ivan Ilyich" in the same series.

I hope the publisher, or whoever is in charge of selecting a narrator, pays attention to these comments.

This sounded like an amateur read through the story in one take, without even rehearsing the Russian names beforehand so as to avoid stumbling over them.

I was only able to convince myself to finish this because 1) Tolstoy is always excellent and 2) It was only 20 minutes long.

Deaver Brown has single-handedly taught me to always listen to the narrator's clip before purchasing the book. Extremely disappointed. :(

Not well read at all.

Shame that a great writer's work can be reduced to meaningless pap by an insensitive reader. This reading is without expression or sympathy for the writing in any way.