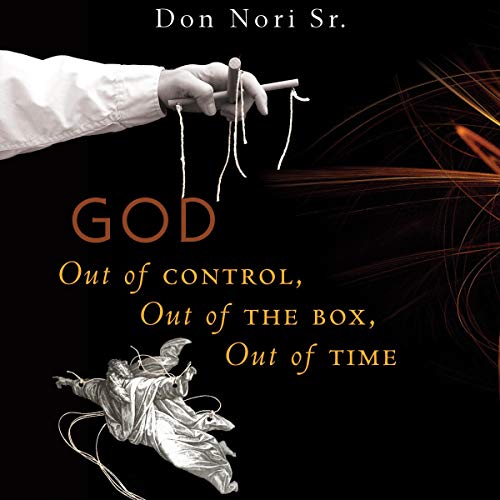 God: Out of Control, Out of the Box, Out of Time

God Out of Control shouts the fact that God’s Presence is not constrained by time, manmade walls around him, or self-limiting and God-constraining mindsets.

Statistics abound about the large numbers of people leaving organized religion and the general disenchantment with all things spiritual as presented by Western religions. Secularists, politicians, political correctness police, public education, government, and law enforcement have all stepped up unwarranted persecution of religion in general and Christianity in particular.

These anti-Christ systems are encouraged to continue by the obvious lack of push-back by the religious machines in the United States. Genuine believers, the grassroots movement of quiet anarchy, are quickly dismissed as fringe groups with no real power or organization. Little do the masters of deception understand the inner workings of the Holy Spirit that are reminiscent of the times of the apostles and the early church founders.

These early believers knew and understood that He who was in them was greater than who was in the world (1 John 4:4). They could not be bullied, silenced, or ignored.

What listeners say about God: Out of Control, Out of the Box, Out of Time