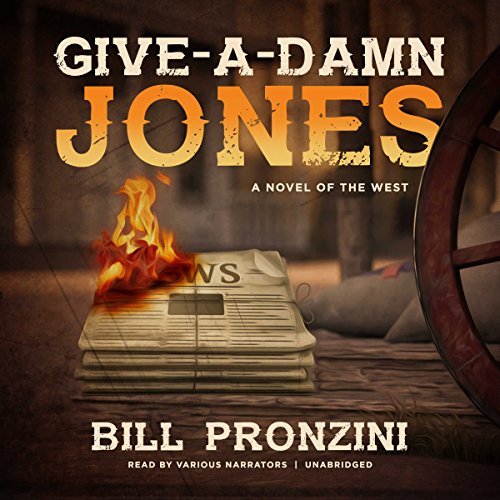 Buy box is not available to display at this moment. Sorry for the inconvenience
To purchase this book, please visit this page later or call our 24/7 customer service

Not all the folks who roamed the Old West were cowhands, rustlers, or cardsharps. And they certainly weren't all heroes.

Give-a-Damn Jones, a free-spirited itinerant typographer, hates his nickname almost as much as the rumors spread about him. He's a kind soul who keeps finding himself in the wrong place at the wrong time.

That's what happened in Box Elder, a small Montana town. Tensions are running high, and anything -or anyone - could be the fuse to ignite them: a recently released convict trying to prove his innocence, a prominent cattleman who craves respect at any cost, a wily traveling dentist at odds with a violent local blacksmith, or a firebrand of an editor who is determined to unlock the town's secrets.

Jones walks into the middle of it all, and this time, he may be the hero that this town needs.

What listeners say about Give-a-Damn Jones