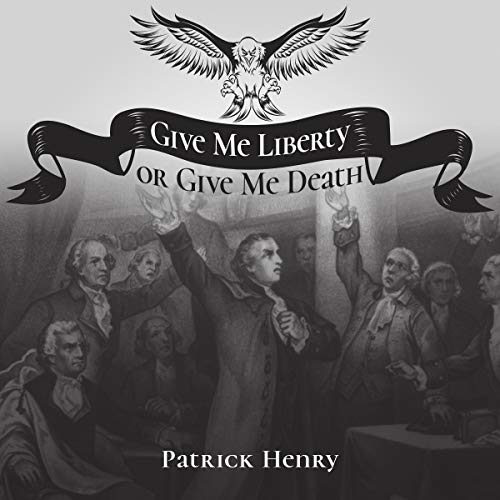 Give Me Liberty or Give Me Death

"Give me liberty, or give me death!" is a quotation attributed to Patrick Henry from his speech to the Second Virginia Convention on March 23, 1775, at St. John's Church in Richmond, Virginia. Henry spoke without notes, and no transcript of his exact words have survived. The only known version of his speech was reconstructed in the early 1800s by William Wirt, a biographer who corresponded with various attendees of the convention.

What listeners say about Give Me Liberty or Give Me Death

Give me liberty or give me, the book?

Don't just listen to this one; read it as well over at Kindle. Look at the popular highlights because there are more takeaways than his single famous quote. At the time of this review, the ebook is free.

A great reading of a great speech but it wasn't written by Thomas Paine as claimed at the end.