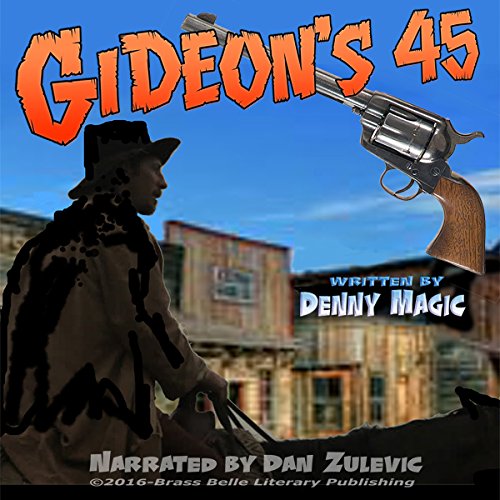 After the conclusion of the Civil War; Gideon Turner heads West, working his way across the country, and ultimately joining up with a cattle drive north. Along the way he learns a plethora of life's lessons as he heads through Montana, Idaho, and Washington. But his biggest surprise is running into a writer who wants to feature Gideon in his own dime-store-novels. Reluctantly he allows this to happen, and he signs over the creative aspect of the books that follow to the writer. Who takes a lot of creative liberties with Gideon's life! He becomes famous for being a fictional character who is the product of the writer's creative mind. This makes him famous, and pays for his carefree lifestyle. But it also brings with it a whole lot of unnecessary baggage that he has to learn to live with. Our tale has Gideon traveling up and down the west coast, and eventually he settles down in Coeur d'Alene, Idaho where he lives out his life as a western legend.

What listeners say about Gideon's .45