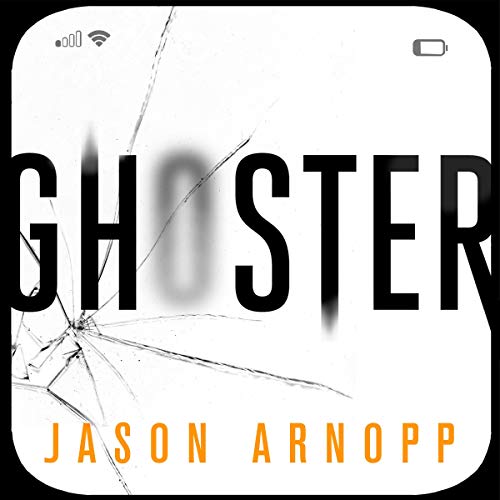 Kate Collins has been ghosted.

She was supposed to be moving in with her new boyfriend Scott, but all she finds after relocating to Brighton is an empty flat. Scott has vanished. His possessions have all disappeared.

Except for his mobile phone.

Kate knows she shouldn't hack into Scott's phone. She shouldn't look at his Tinder, his calls, his social media. But she can't quite help herself.

That's when the trouble starts. Strange, whispering phone calls from numbers she doesn't recognise. Scratch marks on the walls that she can't explain.

And the growing feeling that she's being watched....

Jason Arnopp - author of The Last Days of Jack Sparks, a Radio 2 Bookclub pick - returns with a razor-sharp thriller for a social-media obsessed world. Prepare to never look at your phone the same way again....

What listeners say about Ghoster

Smashing spooky story. Arnopp's got a great mix of snark and creepiness, and there are plenty of hooks along the way to get you second-guessing yourself and predicting what the next twist is going to be. Good companion piece to A Sincere Warning About The Entity In Your Home.

fun listen and if not taken too seriously very engaging :) maybe a bit on the nose but I don't really mind! although for some reason the way the narrator said was seemed funny to me and always made me repeat it....

the story not so much, but enjoyed the narration

Ok but lengthy in parts. Was hoping for a non ghost, real life ending with an amazing twist.
Narrator is ace!