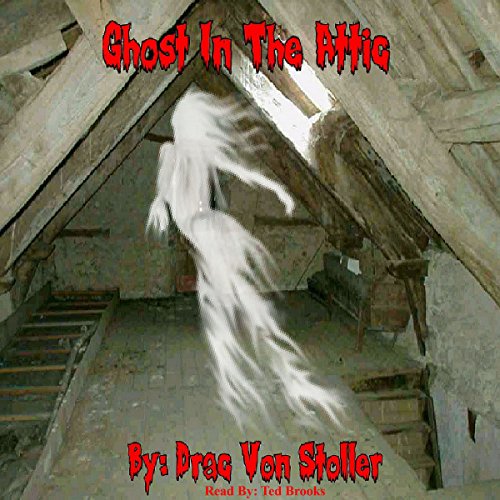 Ghost in the Attic

Jane Edwards had just recently lost her husband unexpectedly and thought it was his time to go anyway because he had a weak heart. She was sad just like any normal woman in her shoes would be, but as time passed by, she was able to cope with his passing the best that she could. Jane loved to paint, but because her husband was very ill, her passion was put on hold. As the nights wore on and Jane was keeping busy painting, something was lurking behind a door in the attic that had been locked for over a century.

Jane's nightmares were back, but this time it wasn't her husband she was having nightmares about, it was something much evil than that. She decided the best way to deal with her nightmares was to drink a glass of wine just before going to bed in hopes the nightmares would subside, but the wine was just a temporary fix that couldn't be ignored.

One night as she was sleeping, footsteps could be heard in the attic, but she just blamed it on the wine, and the fact she was living in an older home all alone.

What listeners say about Ghost in the Attic

The absolute worst ghost story I have ever heard. It could have been written by a 10 year old and the narration is laughable. Waste of money.