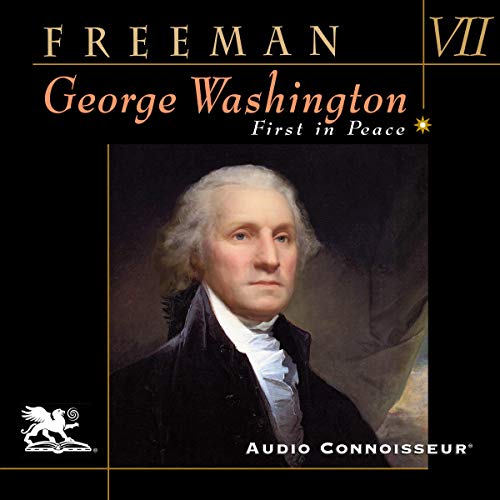 In Volume Seven, we come to the dramatic conclusion of George Washington's magnificent life. Reluctantly taking up the burdens of a second presidential term, Washington deferred a return to his beloved Mount Vernon in order to complete the crucial tasks of stabilizing the republic.

With factionalism growing at home and European powers proceeding toward an alarming conflict, Washington attempted to navigate a perilous path of strict neutrality and firm control of federal power. It was a thankless task made even more difficult by resignations from his cabinet and open hostility between Federalist and Republican partisans. Washington was mercilessly pilloried in the press. In the end, the President prevailed over every obstacle and navigated the ship of state to the calm waters of neutrality.

With the nation now free to concentrate on building infrastructure and acquiring profitable trading alliances, Washington left office and returned to Mount Vernon. But affairs remained unsettled under Adams, and Washington kept a close eye on events.

The final volume in this Pulitzer prize-winning series was not written by Douglas Southall Freeman, who had died in 1953, but by his assistants, J. A. Carroll and M. W. Ashworth.