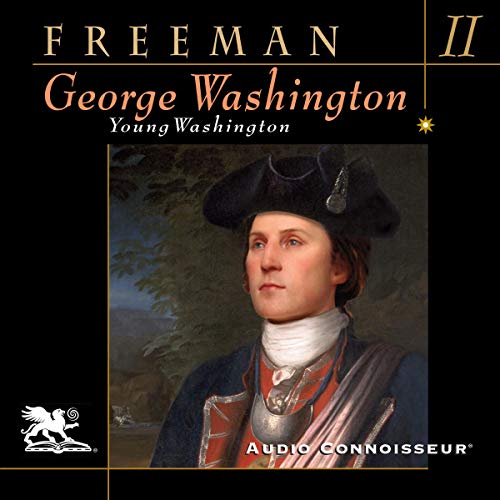 Volume Two opens in late 1754. Having resigned his commission in the Virginia militia, Washington pondered his future as a soldier. But by the spring of 1755, he had been made aide de camp to British general Edward Braddock. It was to prove a fateful event. Washington accompanied Braddock on his disastrous expedition to capture Fort DuQuesne (Pittsburgh), but the small army was ambushed and Braddock killed. Young Washington distinguished himself in the hopeless battle and subsequent retreat.

All of the English colonies in North America were now endangered. At the age of 23, Washington was made commander-in-chief of Virginia's growing militia forces. When a series of British generals were sent to investigate and organize another expedition to Fort DuQuesne, young George was an eyewitness to many of the activities involved. By the time British general John Forbes mounted another expedition, Washington was fully involved and breveted to brigadier general tasked with leading a brigade. After the British/colonial expedition successfully carried out its mission to retake Fort Duquesne, Washington resigned from the military. His petition to become a commissioned officer in the regular British army had been denied.

Now his thoughts turned to Mount Vernon, the life of a planter, the duties of a Burgess, ordering his estates, and settling down to a quiet, domestic life. By January, 1759, a wealthy, 27-year-old newly-widowed neighbor named Martha Dandridge Custis was eagerly awaiting the return of young George Washington.

The definitive history of George Washington

Very thorough. The story moves along surprisingly well for such an exhaustive history. Does not mention his masonic connections which were significant however.