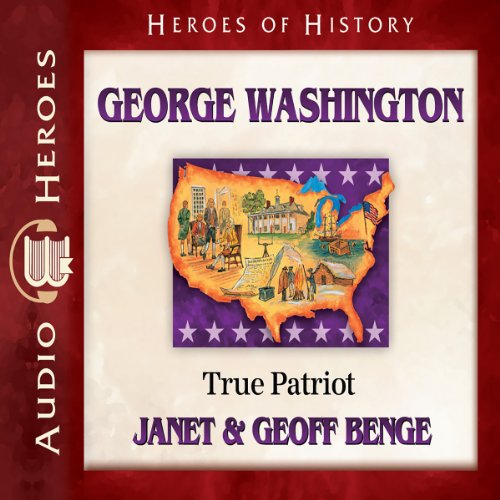 On a dangerous mission for the British army, young Major Washington (1732-1799) had no idea that one day he would lead an army of fellow colonials in a bitter battle for independence against Great Britain herself, the most powerful empire in the world. In each new crisis, the young United States sought out George Washington. As commander in chief of the Continental army, chairman of the Constitutional Convention, and first president, this indispensable American served the struggling nation when its survival and form hanged in the balance.

What listeners say about George Washington

I am a George Washington fan, but this book has several passages with voices from many historical figures from the past and the reader brings them to life in the audiobook. Bravo! Also, as I tire of political banter in the news of the day, it’s a relief to not notice any in a book about our American hero president.

Great easy-to-read biography of the American patriot George Washington for the young and the old alike.

The whole family loved it.

Great story. We listened to it as a family, and we all loved getting to know our first president. ❤️

What you would expect.

What you would expect.

This does nicely explain his life plus a few details to bring him to life.