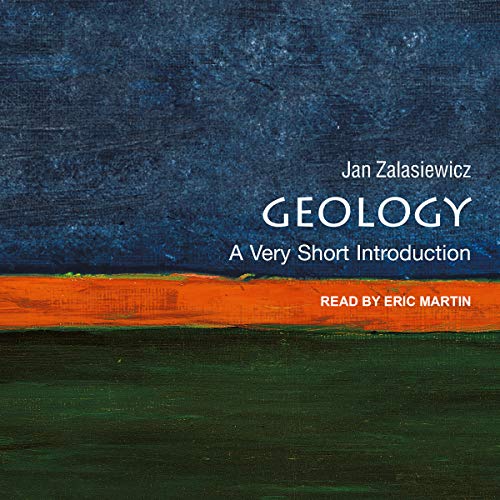 In this Very Short Introduction audiobook, Jan Zalasiewicz gives a brief introduction to the fascinating field of geology. Describing how the science developed from its early beginnings, he looks at some of the key discoveries that have transformed it before delving into its various subfields, such as sedimentology, tectonics, and stratigraphy.

Analyzing the geological foundations of the Earth, Zalasiewicz explains the interlocking studies of tectonics, geophysics, and igneous and metamorphic petrology and geochemistry and also describes how rocks are dated by radiometric dating.

Considering the role and importance of geology in the finding and exploitation of resources (including fracking), he also discusses its place in environmental issues, such as foundations for urban structures and sites for landfill, and in tackling issues associated with climate change.

Zalasiewicz concludes by discussing the exciting future and frontiers of the field, such as the exploration of the geology of Mars.

What listeners say about Geology

I am in the mining industry & I wanted to learn more about the make up of the earth & this book was very informative on the matters I've been wanting to know more about.

I enjoyed the overview of how Earth geology works, how the discipline is organized, and applications to everyday life and impacts of mankind on the future of the planet.

The narrator, for me, was a bit too 'snarky intellectual'. I work with a lot of educated people at a university, and most don't talk like that. I didn't think it represented the author's voice well, but it didn't ruin the book.

you won't find a better short introduction about the fascinating field of geology ... the narrator is cool and understated, perfect for the text

I would recommend this book to geologists and non geologists alike, at first I wasn't so sure how i felt about an American narrator, but once you get past that, it's a really good book.