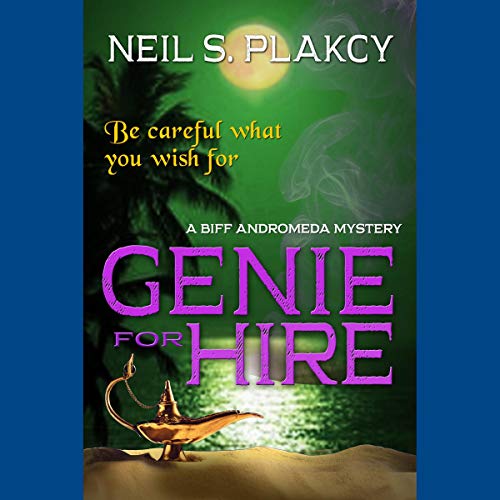 Genie for Hire: A Biff Andromeda Mystery is a private eye novel - with a paranormal twist. An ancient genie in a modern, buff body, Biff can't use his magical powers for his own benefit, so he opens a detective agency in a Miami suburb. A damsel in distress, photographer Sveta Pshkov, hires him to retrieve a stolen set of boudoir photos she took of a Russian mobster's wife - snapped for her boyfriend's pleasure, not her husband's. Biff's investigation uncovers the spreading tentacles of the Russian mafia. The case turns personal when he realizes that the dangerous female genie he has loved and lost over centuries has a desperate stake in the outcome. Joined by his companions, a resusciated squirrel and a magical sylph who takes the form of a butterfly, Biff follows his super-sensitive nose into hidden corners of South Florida and dark regions of human behavior. With his sarcastic wit, his ability to turn into a wisp of vapor, and magic as old as the ages, Biff battles a pack of ruthless criminals - and his own romantic obsession. Author's note: No squirrels were harmed during the writing of this novel.

What listeners say about Genie for Hire