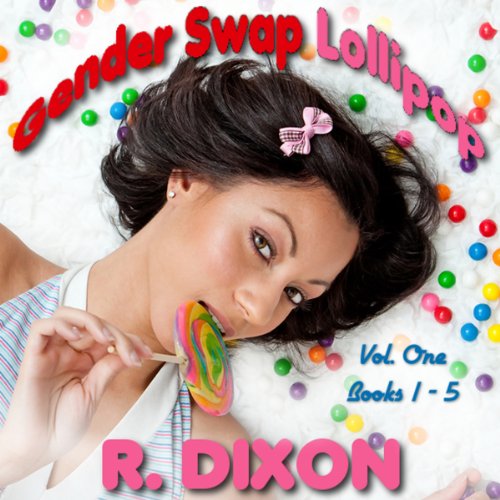 Book One: The First Trial

Fraternity brothers Tim and Jamie love getting paid to get high. Working as test subjects for pharmaceutical companies is right up their alley, giving them easy access to drugs and handing them a paycheck in the process. Their latest assignment for Sissco, however, isn't going quite like they planned and the medicated lollipops they've been given to test out are having some unexpected consequences!

As the parts that made them men disappear and new, sexy, girly parts take over, they find themselves unable to resist the urges that beset them. Just how far will the experiment go?

During his latest experiment, Dr. Howard Jenkins, a research scientist at Sissco Pharmaceuticals, commits a few careless blunders. Those innocent mistakes lead him to the accidental discovery of MetaboFem, the powerful concoction responsible for the transformation of ordinary men into willing, cum-hungry, sissified sluts.

He's going to have his hands full once the changes kick in and he finds out how strong the raw, uncut formula really is! Find out the origin of everyone's favorite gender-bending lollipop treat in the fourth volume of the series!

When average couple Charlie and Kristen receive a mysterious package in the mail, they open it to find dozens of brightly colored, tasty lollipops. Unfortunately for them, these aren't just your average suckers! Soon, the effects of a new, more powerful formula of MetaboFem take hold and both husband and wife begin to change in ways they could never have imagined!

What listeners say about Gender Swap Lollipop, Volume One: Books 1-5

The story is Meh, I mean come ones you finished the first chapter you read all the book.