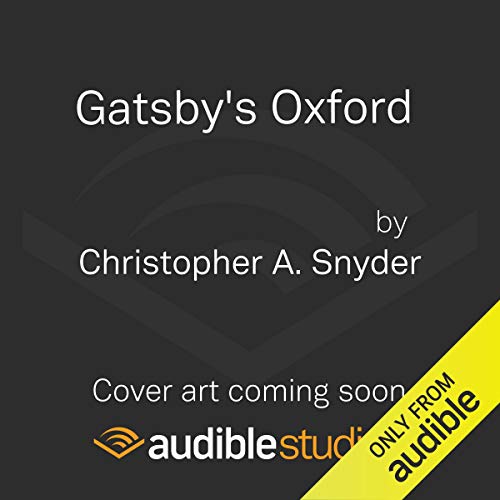 By: Christopher A. Snyder
Narrated by: Kevin Pariseau

The story of F. Scott Fitzgerald's creation of Jay Gatsby - war hero and Oxford man - at the beginning of the Jazz Age, when the City of Dreaming Spires attracted an astounding array of intellectuals, including the Inklings, W. B. Yeats, and T. S. Eliot.

A diverse group of Americans came to Oxford in the first quarter of the 20th century - the Jazz Age - when the Rhodes Scholar program had just begun and the Great War had enveloped much of Europe. Scott Fitzgerald created his most memorable character - Jay Gatsby - shortly after his and Zelda’s visit to Oxford. Fitzgerald’s creation is a cultural reflection of the aspirations of many Americans who came to the University of Oxford.

Beginning in 1904, when the first American Rhodes Scholars arrived in Oxford, this book chronicles the experiences of Americans in Oxford through the Great War to the beginning of the Great Depression. This period is interpreted through the pages of The Great Gatsby, producing a vivid cultural history. Archival material covering Scholars who came to Oxford during Trinity Term 1919 - when Jay Gatsby claims he studied at Oxford - enables the narrative to illuminate a detailed portrait of what a “historical Gatsby” would have looked like, what he would have experienced at the postwar university, and whom he would have encountered around Oxford - an impressive array of artists including W. B. Yeats, Virginia Woolf, Aldous Huxley, and C. S. Lewis.

What listeners say about Gatsby's Oxford