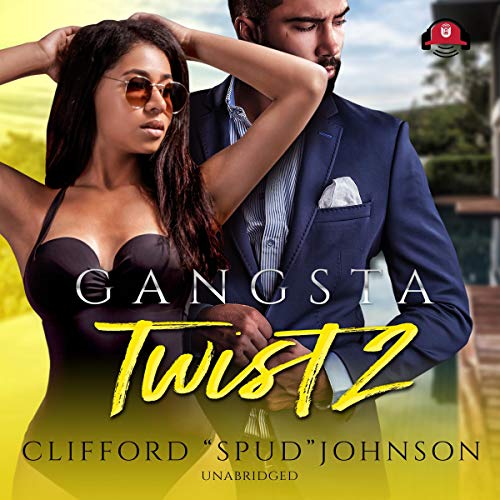 The Network and its affiliates used to be one of Oklahoma City's most organized crews. No one knew exactly where they got the money to buy up businesses and real estate, but everyone on the streets respected them. Their criminal enterprise is unraveling quickly, though, as member loyalty is challenged and betrayal becomes the name of the game.

Taz is dealing with almost more than he can handle now that his crew is falling apart. Cliff is still consumed by a desire for revenge against Taz, and the two of them are locked in an epic battle for Tazneema's heart.

Meanwhile, a vital member of Taz's team ends up dead. This calls for a gruesome retaliation, but when Taz discovers the killer's identity, he'll have some serious choices to make.

Now, Taz's leadership is being questioned by his once loyal crew. Does he have what it takes to stay on top, or is all this heat enough to make him want to leave the streets alone?

What listeners say about Gangsta Twist 2

I really enjoyed Gangsta Twist 1 and was really looking forward to the this book. Storyline was good but this narrator was Absolutely TERRIBLE. So terrible that I could NOT get past the 1st chapter. He constantly smacked and never attempted to change his vocal delivery when switching up characters. Incredibly annoying:(

I really love the storyline of the series, however, after the first 10 seconds of the narrator, I wanted to end the audio and move on to book 3. The worse performance ever. Between the lip smacking and mispronunciation of words the voice was irritating. Not inviting. I was beyond happy the book ended.

Lord god I wish this man would stop smacking his l

Does anyone else notice he keeps smacking his lips. Its is so annoying DAMN!! I can't take it.

Love the storyline just hate that Bo peep and Keynote had to die. Again that narrator is not good at narrating. It sounds like he's whining and all the smacking he does is very annoying and irritating. if this book wasn't free I would've exchanged it because of him!!!

The storyline and sheer curiosity is the only thing that got me through this book!!! The narrator was absolute Garbage!!! The smacking, lack of voice change and just his voice in general was reason enough for me to NEVER listen to another book narrated by him!!! Sheesh 🤬🤬🤬🤬

I can barely remember the story because of the narrator smacking!! I just know he has a perm, 5'4 and lightskin. I hate it sooooo much, it was so hard to finish this book and really visualize rhe characters.

This narrator was wayyy better than the last one and the story line was good aswell. I'm ready for the next one!

missed the other reader but the writing for this awesome. didnt want it to stop. great job

It’s sad when you can’t trust the person you lay with. Two more friends dead, Taz is clueless to who the enemy really is. This book is even better than part one so on to three for the finale