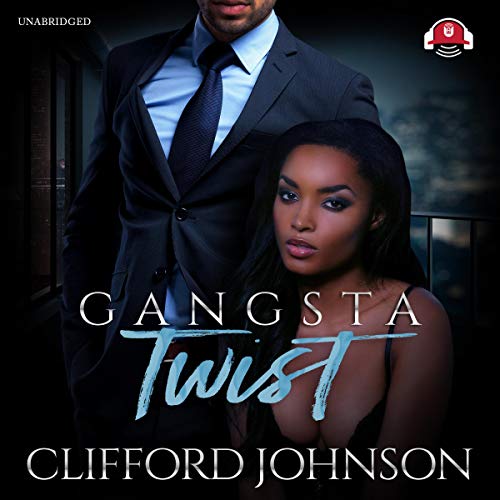 Taz is the ruthless leader of an elite group of bandits who rule the streets of Oklahoma City. No one has met the mysterious boss who gives them their orders via laptop, but the arrangement works for everyone involved. Their criminal enterprise keeps them rolling in dough, allowing them to purchase property and businesses all over town.

When Taz falls in love with Sacha, an ambitious young lawyer, he makes an unexpected enemy. Cliff, another lawyer at the firm, wants Sacha for himself, and he'll stop at nothing to win her back from the thug she's with. He sets his sights on one of Taz's family members in order to get close to Taz's inner circle. Now Cliff and Taz are locked in a monstrous battle that can only end in tragedy. Which one will come out on top?

What listeners say about Gangsta Twist 1

Super dope storyline but when I tell you this narrator was the WORST!!!! Ugh!!! So glad to see there's someone different for book 2 and 3!

This book was amazing like really. I loved it

I love it from the beginning til the end. It really hit home like nothing before.

It was a good story line, the audio reader however took away from feeling it more. He was out of touch with the characters and did not have accurate expressions. Overall it was a still a good story.

Such a book I can’t wait until part 2 you have me on edge at this point 2 thumbs up buddy bravo!!

The story was just another hood. Greed nights who couldn't stop robbing. Ghetto girls that every time they address one another the used the word Bitch or Whore. It was ridiculous and was an attorney...Please come again.

the narrator was horrible. was trying to hard. every word he said was so fake coming out his mouth. couldn't get into.

i love this book

I really enjoyed this book and I cannot wait to read the other series. I think the author took his time and gave us a stellar performance

its a miracle I made it through this book. Listen for yourself readers choice. The reader was okay but monotone and all the characters have the same voice.. women and men... perhaps a different reader would make it more interesting. 😳😳😳

Yoooo!! Where do these narrators come from?!

The story line is pretty good but a bit drawn out from the title, Gangsta Twist. It didn’t really get Gangsta til the end. Jack Boys woulda been better. The reading took away tooooo much of the storyline. I hope part 2 is read better.

The storyline is good…it held my attention but I swear a horrible narrator can mess up a great book….like how do they screen these people???