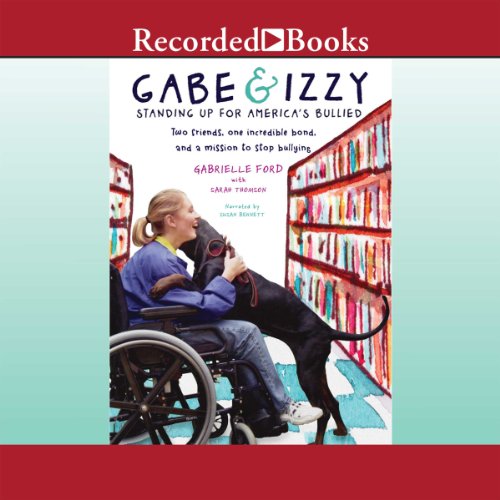 The moving, true story of the young woman dubbed "The Voice of America's Bullied"; how her bond with her dog, Izzy, changed her life; and their mission to help break the cycle of bullying.

In middle school, Gabrielle "Gabe" Ford developed a degenerative muscle disease, and was harassed by bullies as a result. She did her best to keep her head high, but it wasn't easy. Then Gabe got a dog, Izzy, who developed an uncannily similar disorder. They were invited to appear on Animal Planet to talk about their bond, which in turn led to an invitation to speak at a school. And so began Gabe's career as an anti-bullying advocate. Dubbed "The Voice of America's Bullied" by the Huffington Post, Gabe now makes a career of public speaking and has received numerous honors for her hard work. Here is her amazing story - from her lowest days dealing with various challenges, to the unbelievable and immediate bond with Izzy, to her ongoing mission to put an end to bullying, one school at a time.

What listeners say about Gabe & Izzy