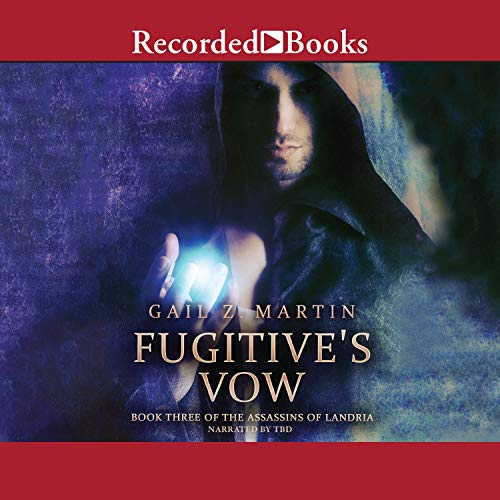 An epic fantasy buddy flick/bromance with a dark edge as well as humor, the Assassins of Landria series veers into horror, action, family, angst, comedy, and the occult. Think Butch Cassidy and the Sundance Kid recast as medieval assassins.

Six months after the events of Sellsword's Oath, Ridge is living in a small village far from the intrigue of the cities. Under a new name and a false identity, he tends bar at Road's End, an unremarkable tavern in an even more forgettable town. The Witch Lord's puppets control the kingdom and have placed a king of their choosing on the throne, a cousin of King Kristoph. Kristoph's heir is dead, though rumors persist of a hidden, bastard son whose claim would still best that of the usurper.

Ridge turned his back on politics when he fled, and never recovered from the betrayal or Rett's death. Henri, Ridge and Rett's old squire, turns up at Road's End. He's been searching for Ridge, having narrowly escaped with his life on the night of the coup. An overheard conversation led Henri to believe Rett might still be alive and imprisoned by one of the Witch Lord's nobles. Several soldiers have followed Henri, unbeknownst to him, and when they attack, Ridge proves he has lost none of his fighting edge in a battle that kills the soldiers, destroys the tavern, and sends Ridge and Henri running again.

Ridge takes up his sword again to save Rett, punish old enemies, and reclaim his honor. Years ago, Ridge and Rett swore on their swords that they would let nothing stop one from rescuing the other, even if it meant crossing the Shadow Veil or traveling the Paths of the Damned. Ridge makes good on his word, rescuing Rett from torture and imprisonment and slaughtering his captors, with Henri's help. Rett is broken physically and psychologically, trapped in nightmares and racked by pain, locked in his own mind. Ridge's obsession to free Rett from his silent torment and heal him leads to the discovery that certain events from their past held far more portent than either of them realized, and Rett's rogue magic might change everything.

What listeners say about Fugitive's Vow