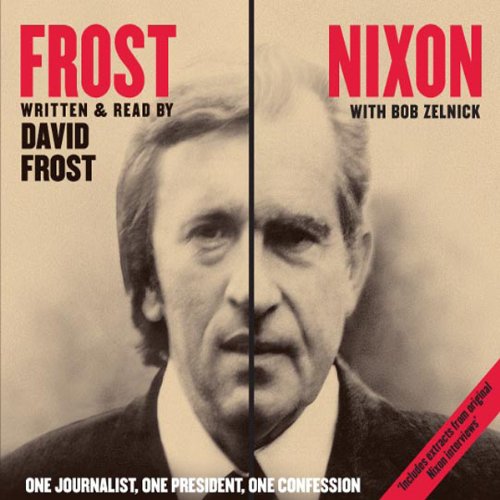 Following on from the huge success of the eponymous West End and Broadway play, Frost/Nixon tells the extraordinary story of how David Frost pursued and landed the biggest fish of his career.

When he first conceived the idea of interviewing Richard Nixon and trying to bring the ex-president to confront his past, he was told on all sides that the project would never get off the ground. Yet in the end he succeeded, and the resulting television series drew larger audiences than any news programme ever had in the United States, before being shown all over the world.

Including hilarious tales of the people Frost encountered along the way and fascinating insights into the making of the series itself, this book provides an account of the only public trial that Nixon would ever have and a revelation of the man's character as it appeared in the stress of 12 gruelling sessions before the cameras.

Fully revised and updated with historical perspective, and including transcripts of the edited interviews, Frost/Nixon describes David Frost's quest to produce one of the most dramatic pieces of television ever broadcast. The audio includes extracts from the original interviews.

What listeners say about Frost/Nixon

just mindblowing book, if you are interested in this period in time then get it

David Frost talks us through that amazing interview with Richard Nixon, with clips from the interview included, i am interested in Richard Nixon and as to why he went the route he did, a amazing book but it is abridged, I can't what for the unabridged

I love Frost and was looking forward to listening to this but it was so slow and laboured that I got board very quickly and couldn't even finish it.