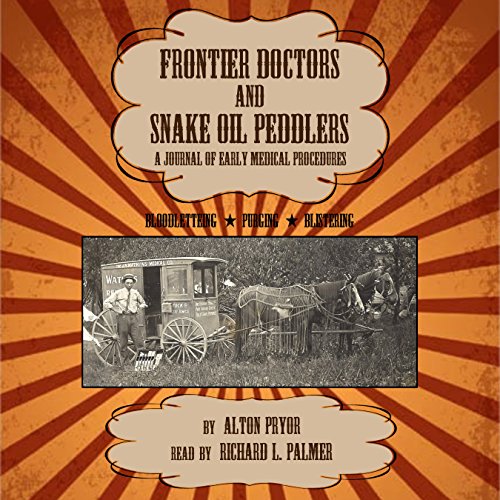 After traveling 60 miles on horseback through snow to the Crawford cabin, Dr. Ephraim McDowell examines his patient. He realizes that he is not dealing with an overdue pregnancy, but an enlarged ovarian cyst. He gives the patient the grim news that he can do nothing to save her. She begs him to try to remove the life-threatening tumor.

McDowell is well-aware that no surgery has ever before been attempted and that what the patient is asking would be tantamount to butchery and murder. At the same time, he has long-believed that if carefully and properly executed, such a surgery could be successful. After all, animals routinely survive spaying.

With both their lives on the line, McDowell agrees to attempt the dangerous surgery if Jane will travel back to Danville, Kentucky with him. Jane agrees to make the trip and on Christmas Day, 1809, Dr. Ephraim McDowell successfully removed a twenty-two-pound tumor from the abdomen of Jane Todd Crawford.

What listeners say about Frontier Doctors and Snake Oil Peddlers