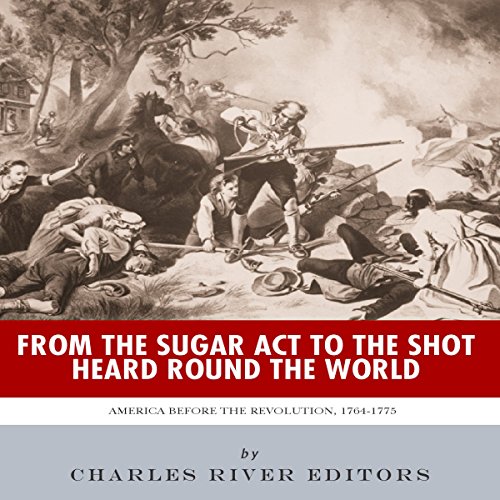 From the Sugar Act to the Shot Heard Round the World

The American Revolution is replete with seminal moments that every American learns in school, from the "shot heard 'round the world" to the Declaration of Independence, but the events that led up to the fighting at Lexington and Concord were borne out of 10 years of division between the British and their American colonies over everything from colonial representation in governments to taxation, the nature of searches, and the quartering of British regulars in private houses. From 1764-1775, a chain of events that included lightning rods like the Townshend Acts led to bloodshed in the form of the Boston Massacre, while the Boston Tea Party became a symbol of nonviolent protest.